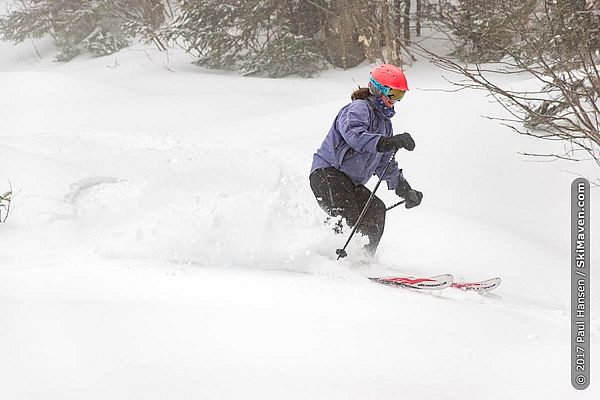 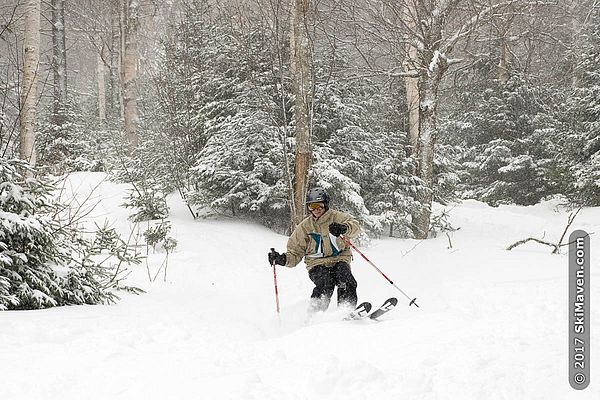 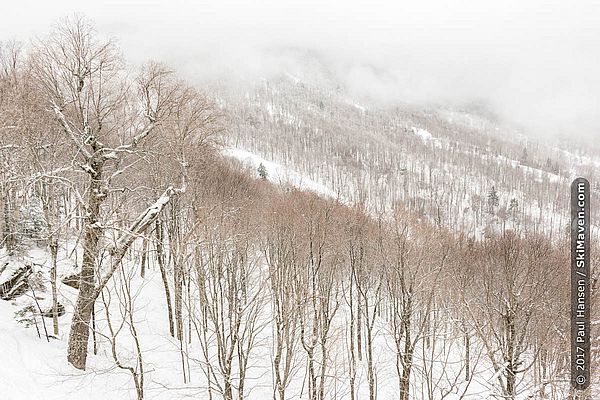 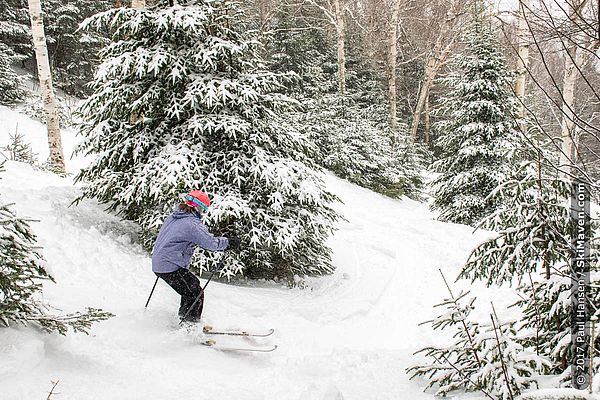 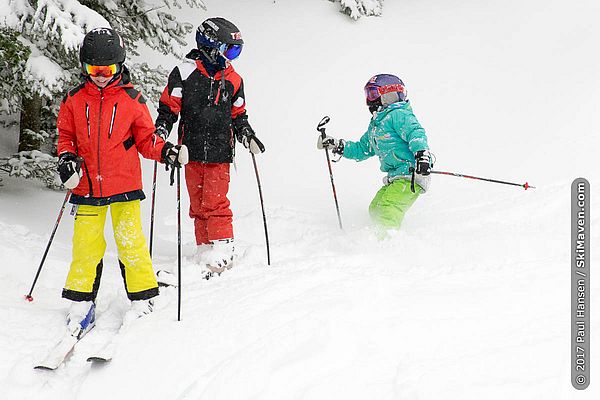 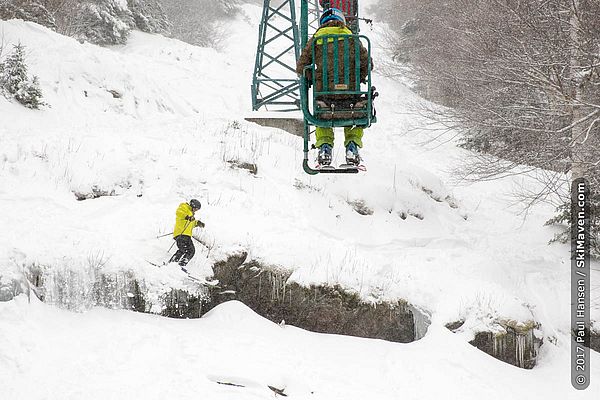 Yay for powder skiing in April! No, it wasn't the lightest powder, but what do you expect so late in the season? It was a blast to hit about 12 inches of new snow at Mad River Glen today.

We were in line when the Single Chair opened this morning. That allowed us to get some nearly untracked powder all the way down the long Antelope trail. The dense powder made us lean back a bit to get our skis to float. The Skimeister is now skiing on fatter skis so he had an easier time surfing down the slope. I'm saving my pennies for a pair for me!

People were hooting and hollering as we took our first few runs off the Single Chair, which tops out at 3,644 feet and delivers 2,037 of vertical. We hopped around the mountain to try different trails. Snowy Fall Line and bumped-up Catamount Bowl challenged us. We had fun on Upper and Lower Glades, and also some nearby trees. Lynx was another great, snowy glade with pretty birch trees. We hit up more animal trails such as Ferret and Porcupine.

By midday many trails had become broken powder or bumped. We ducked into the less-traveled woods when they tempted us.

Off the Sunnyside Double chair (which reaches 3,080 feet) we explored trails such as Quacky, Bunny and Grand Canyon and nearby woods. The uppermost trails off the double had some wind-slabbed snow and a few areas had been scoured by the wind.

Our last run was a fun meander off the double chair. We went down challenging trails first - Partridge and Slalom Hill. We looked to the sides of these trails and into the trees to find snow that had not been skied off. Then we contoured over to the Birdland area, which has novice and intermediate trails. We found untracked groomed and untracked ungroomed snow to play in. And more woods. We continued our serpentine final run down to lower Periwinkle and ended up at the Base Box (MRG's base lodge).

Mad River Glen has wonderful trails that twist and turn and lots of woods to enjoy. And it's pretty quiet and mellow there. Sure, there's music at the base and mid-station of the Single Chair, but otherwise when we stopped today we only heard the sound of the snow falling (really!) or the occasional “woo-hoo” coming from a nearby run.

All morning we saw snowflakes and also some small, sleet-like stuff falling. Mad River may close for the season at the end of the day on Monday, April 3. There's plenty of good skiing if you have time to hit the mountain!