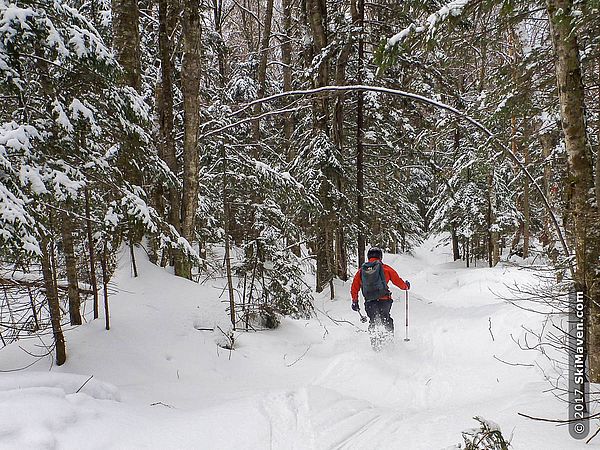 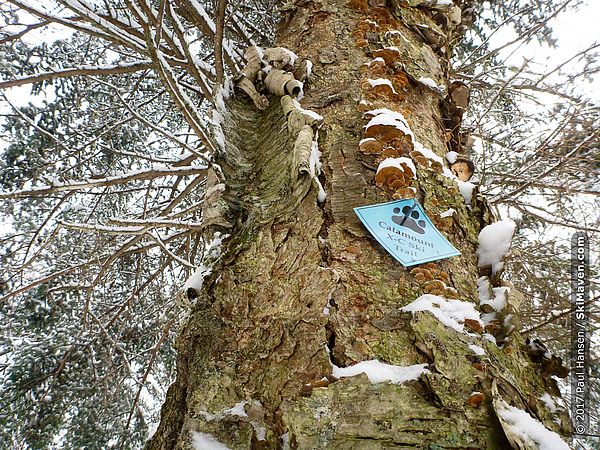 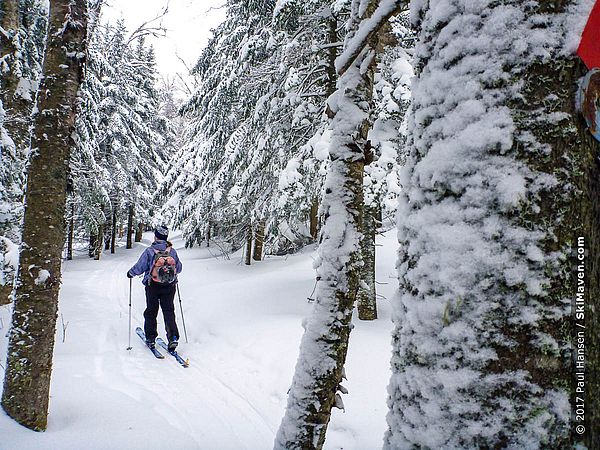 We’ve had some strange weather lately. While there have been surprise snow squalls that have added up on some Vermont peaks, others have experienced frozen and “other” precipitation. I’m glad to report that this weekend we'll enjoy steady wintry temperatures.

The Skimeister and I went to check out the status of the backcountry trails at Bolton Valley, Vermont, today. We found a dusting of new, fluffy snow as we started our climb. Up higher at about 2,700 feet in elevation, it was about an inch of fluff. It was on top of a thin crust of snow and a good base (although streams are still not frozen or filled in). Up high you could see that some ice encased the branches of the deciduous trees.

When skiing, I tended to stay in the areas where people had skied recently. They had smoothed out the crust for me so it was easy to turn. When we made turns off the beaten path, we had to jump a bit to break through the thin crust. The lower we got, the tougher the crust was.

It was a nice little backcountry tour with the sun shining and fresh snow on the trees and under foot.

Are you hitting the snow this weekend?