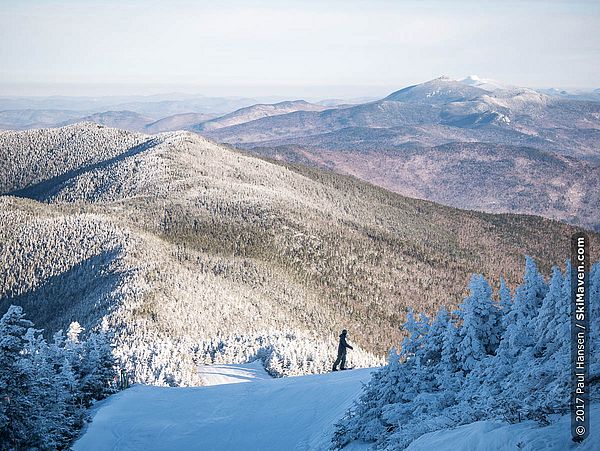 A sunny morning atop Mt. Ellen at Sugarbush, Vermont. 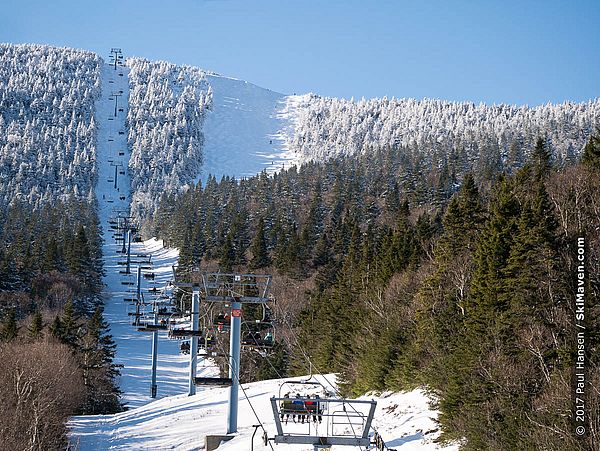 The Summit Quad and snowy summit. 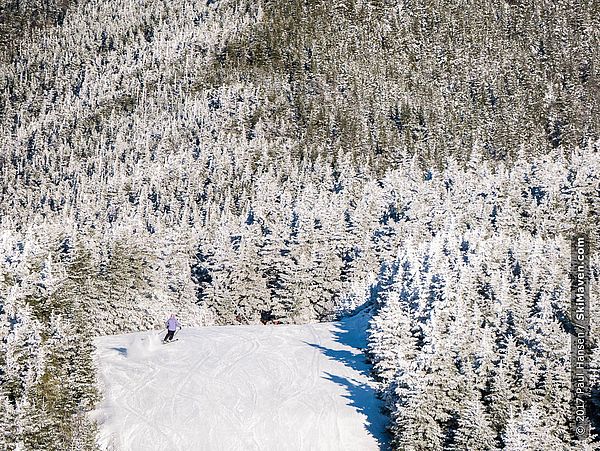 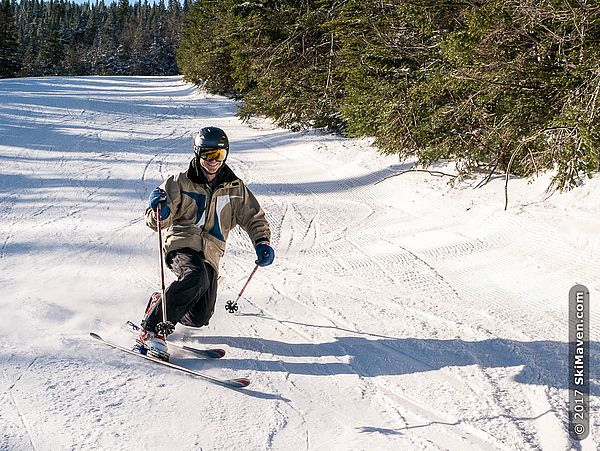 Tele turns on the corduroy. 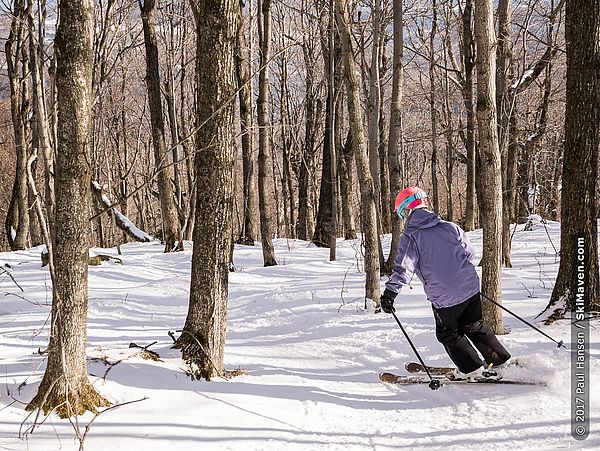 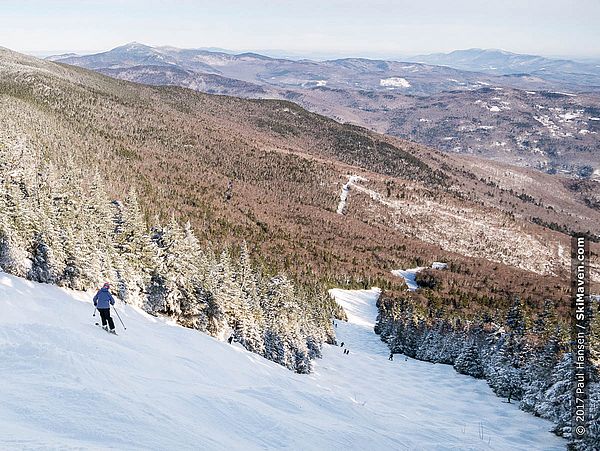 Monday morning was gloriously sunny with a bright blue sky. We headed for Mt. Ellen at Sugarbush Resort in Vermont to make turns in the sunshine.

We jumped on the Green Mountain Express Quad to head toward the 4,083-foot summit. The Summit Quad was not open yet so we did a warm-up run down Cruiser and Straight Shot. The machine-groomed corduroy was stiff and fast as it had set up in the cold last night. Our next runs were also fast groomers, but from the top of the mountain. We skied trails such as Rim Run, Elbow and Lookin’ Good.

The top part of the mountain was gleaming white with snow caked onto the trees. You could tell more snow had fallen in the higher elevations. We enjoyed great views from the summit — looking west to Lake Champlain and the Adirondacks, north to Camel's Hump and Mt. Mansfield, and east to the White Mountains.

Most trails were open at Mt. Ellen, with notable exceptions of all-natural snow trails Lower F.I.S., Spin Out and Southbound. I guess they were a bit too thin.

We checked out the Exterminator trail, which was covered quite well with edgeable snow, and also covered in bumps. After tackling the moguls on the top half, the lower portion was less steep with wonderful snow to turn in.

We explored the woods in a couple of places. For example, Skimeister ducked into Bravinator Woods and said if he could find a spot where no one had skied he could make some nice turns in rather fresh snow. Later we both enjoyed Brambles Woods. It's a lower-angled glade in the Inverness area and it was fun to pick our way down through the trees and some natural obstacles to avoid here and there. Lower, as more rocks were poking through, we jumped back onto the groomed Brambles run.

There was a nice, mellow pace to the day as there weren't very many people on the mountain. We skied right up to the ticket checkers at the base, and had to wait for perhaps two chairloads of people before us at the fixed-grip Summit Quad.

While we had a chilly start to the day, it got rather warm at midday, reaching into the thirties. What a nice day to zip down the slopes at Sugarbush's Mt. Ellen!