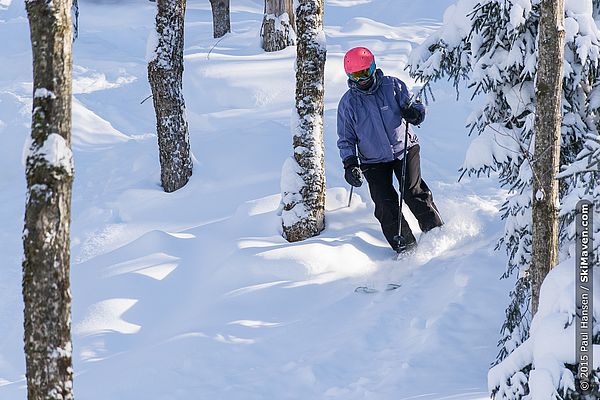 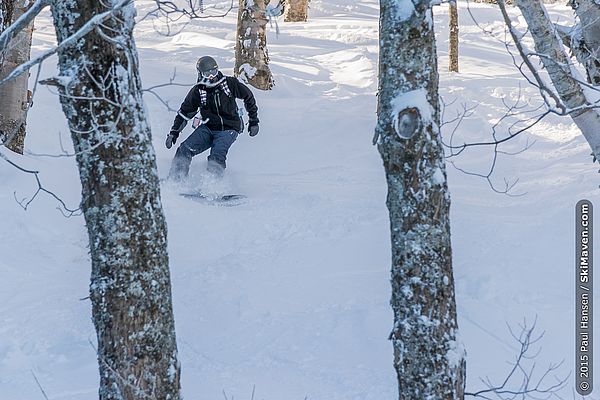 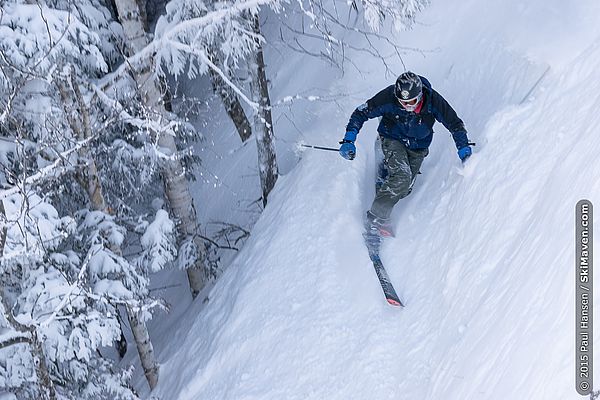 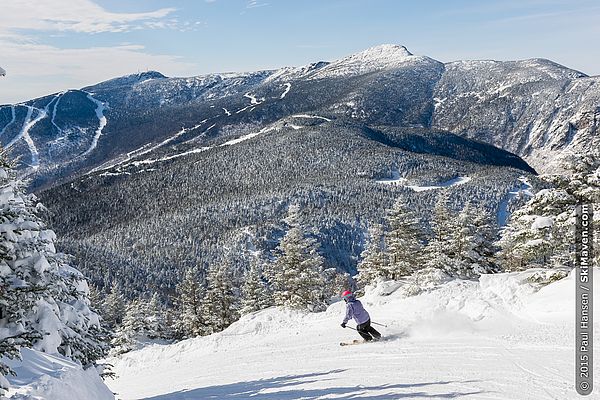 It’s been snowing lately so we just had to rearrange our work schedule to ski Smugglers’ Notch this morning! (Haven’t I mentioned that I’m spoiled rotten?!?)

Monday’s snowstorm dropped between five inches to more than a foot of snow around Vermont. Smugglers’ Notch was reporting eight inches of new snow.

Despite downright chilly temperatures this morning (like zero Fahrenheit) the Skimeister and I had a bunch of fun finding powder stashes off the Madonna I chairlift. I don't ever use hand warmers but I found some in the closet and luckily they weren't dead. They were such an asset this morning!

We enjoyed powdery turns in Bermuda Glades and Gary B's Northwest Passage. If you went off the beaten track you could sometimes find snow that piled up close to your knees. We took upper FIS to start one of those runs but we don't recommend it; slick, manmade snow was exposed there. The corduroy-covered Upper Chilcoot was far more enjoyable.

Other fun trails this morning included Drifter, which had very good coverage, and the short Red Fox Glades. We found deep pockets of snow in Three Mountain Glades after we zipped through Red Fox. Good stuff.

We were surprised to find an off-beat powder run at the bottom of Madonna Mountain. We skied Lower FIS which looked like it had a skier-cross competition set up on it recently. However, there was a bunch of untouched powder on it. We found our way there to finish up two of our laps on the Madonna I chair.

We didn't have a liftline all morning as it seemed that only die-hard powderhounds came out to play in the cold, clear weather. We only noticed a small crowd around lunchtime when skiers and riders started to appear at the base lodge.

As the sun climbed higher in the sky, it brought welcome warmth. A couple of times when I stopped on the trail, I noted how still it was. There was very little wind on snowy Madonna Mountain today and the views were lovely.

I think I will wax my skis for my next ski outing because the very cold, dry snow made me feel like I was skiing in slow motion. Speaking of snow, there's more on its way Wednesday and Thursday! Keep an eye on the National Weather Service forecast for details.