Sunset is getting later every day. Great time to ski! 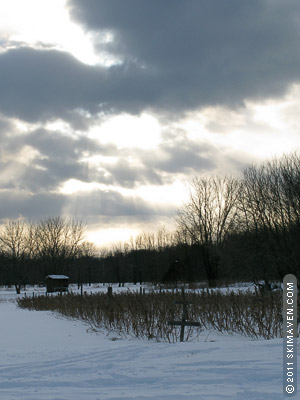 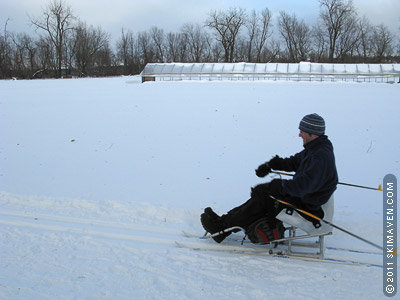 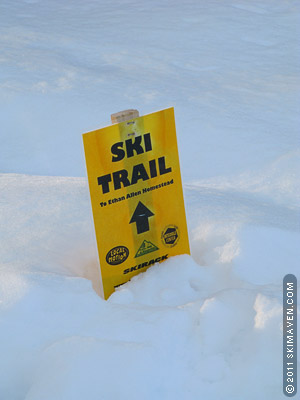 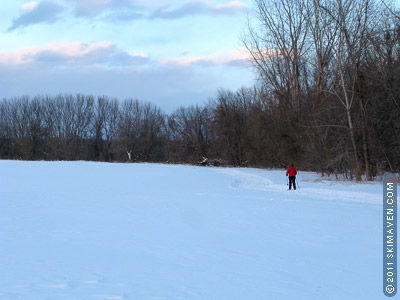 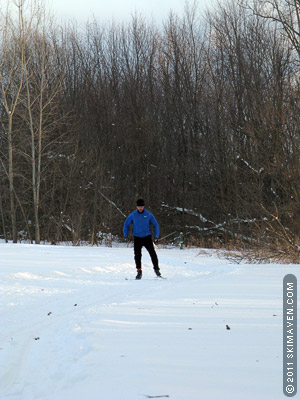 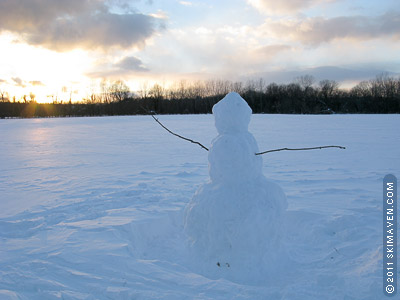 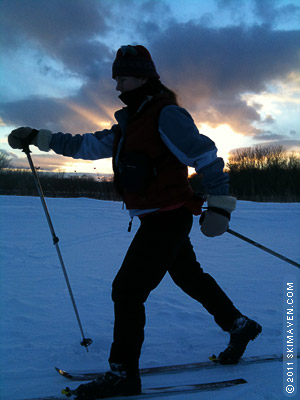 Hey, have you noticed? The days are getting longer!

Later sunsets make for quality late-afternoon skiing sessions. With that in mind, the Skimeister and I grabbed our skinny skis and headed to the Intervale in Burlington, Vermont.

The Intervale is in city limits but it's an agricultural area. There are organic farms and berry farms and a large community garden. Located along the Winooski River, the place is hopping in the summer.

This would be our first winter visit, and it takes on a whole different look. Lots of white. Big fields that normally have corn or crops are white deserts.

<link http: www.localmotion.org ski>Local Motion, a nonprofit based in Burlington, is grooming a three-mile cross-country route through the Intervale from Intervale Compost to the Ethan Allen Homestead. With the Skimeister in a sit ski for now, the flat landscape was appealing, and it turned out to be a nice outing. We weren't alone; we passed about 10 skiers and four dogs.

For the first part of the route the trail is rolled and then two sets of tracks are set on the outside. Most people we saw were classic skiing.

With the tracks on the very edge of the groomed area, the Skimeister was challenged in the sit ski to not punch through the unpacked snow at the edge. This happened on the less traveled areas. Where the grooming stopped on the route, skiers traveled over footprints and snowshoe tracks.

Our greatest reward was the sunset. The sun broke through the clouds to make for some wide, colorful skies. As we skied back to the trailhead, the snow was turning blue in the fading light. It was a great way to end the work day.