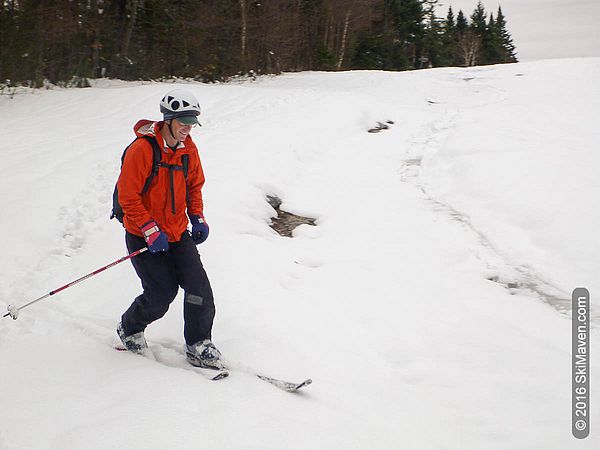 Earning our first turns on October 29. So early that Skimeister hasn't located his ski helmet yet! 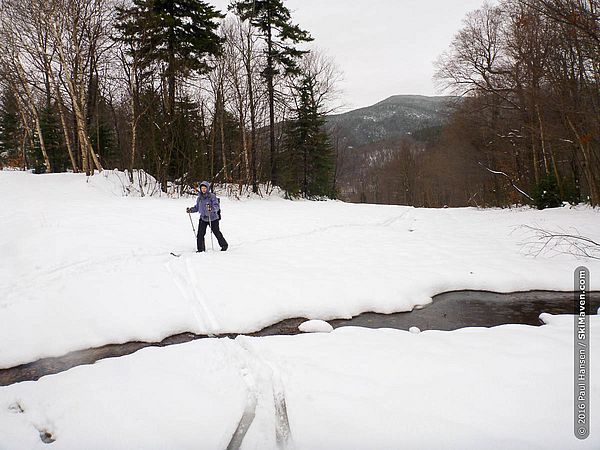 Raindrops keep falling on my head. Watch for water hazards!

So the higher peaks in Vermont have been covered in snow and social media has been buzzing with shots of people skinning and hiking for turns. After a rainy work week, we really wanted / needed to get some exercise so despite the rain this morning we headed out to earn some turns at a closed ski area here in northern Vermont.

For me, the tele turns weren't pretty in the now dense, heavy snow, and I had to pick my way down to avoid wet areas and rock slabs, but I can now say for the first time in my life that:

“I HAVE SKIED IN OCTOBER!”

It felt great to be on the hill. Let's hope this early snow is the start of a phenomenal ski season!