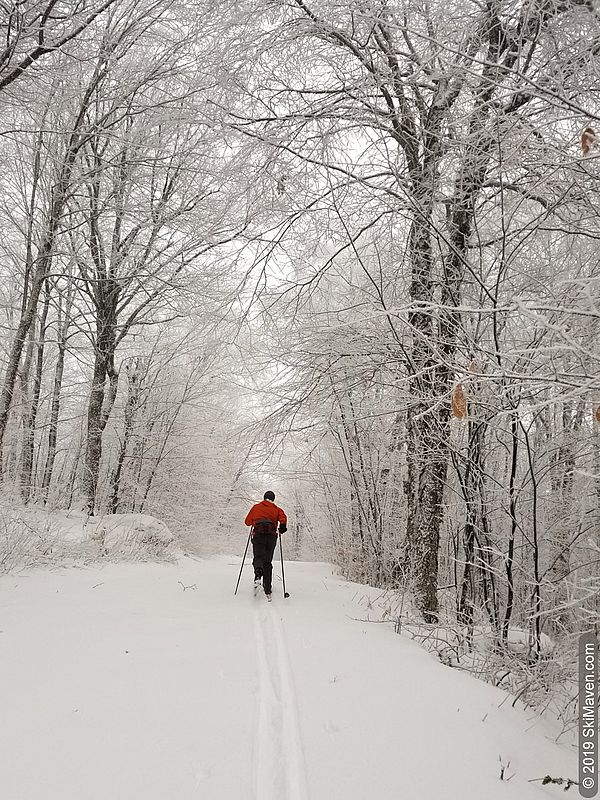 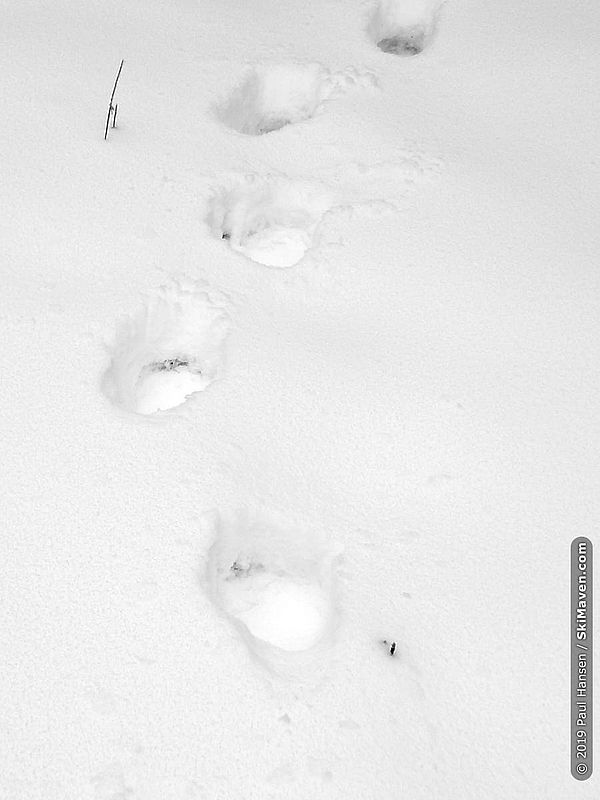 We are not alone in the woods... 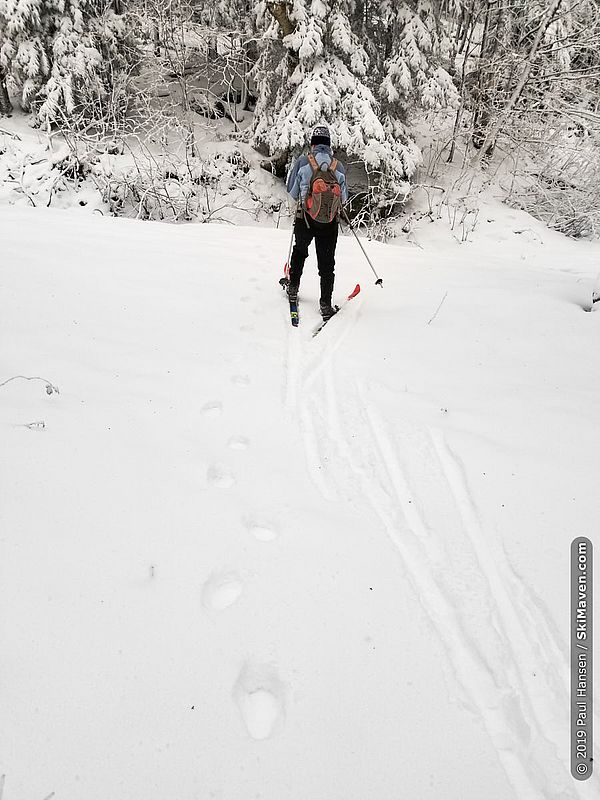 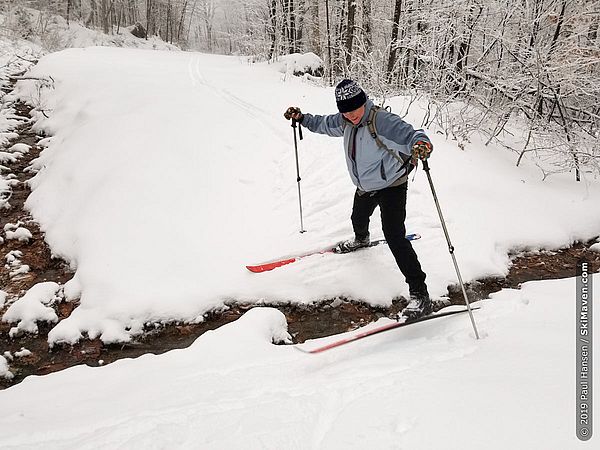 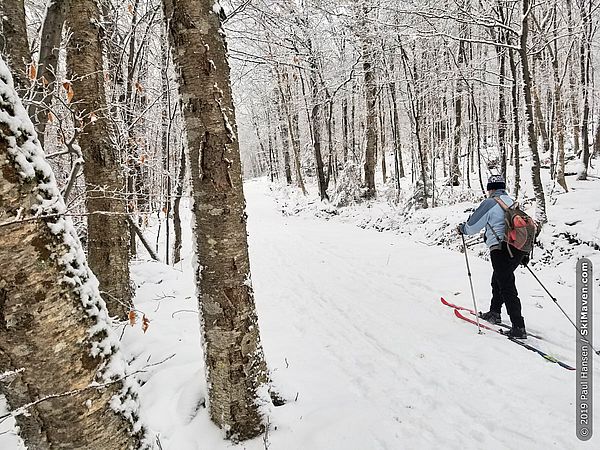 Today the Skimeister and I drove up to about 1,800 feet elevation here in northern Vermont to see what the snow was like. We brought our light ski touring gear, including older waxless* skis. We knew there would not be a huge base of natural snow.

The trees were frosted over and it was gorgeous to behold! We skied in a couple of inches of snow under a thin crust — a thickness that made me think of a crème brûlée crust. When we skied downhill, our 75 mm bindings shattered the crust and sprayed it outward. We had fun messing around in the snow, avoiding wet, leafy areas, and hopping over many water bars. (I'm getting pretty darn good at that!)

The highlight was following some bear tracks! We saw them cross a trail and into the woods. Later we saw them cross a couple of other trails down lower. He had started down low and was heading up the mountain. The tracks weren't huge in size, but they were rather round and you could see claws imprinted in the snow sometimes. They may have been a day old. Wonder when that bear is going to snuggle in for his winter's nap?!? I wonder where he's going to choose for a den?!?

* Did You Know? // “Waxless” Nordic skis means that instead of using special wax to create “kick” to move forward, there are “fish scales” under the middle segment of the skis. The fish scales let you propel yourself forward when you put weight on them.