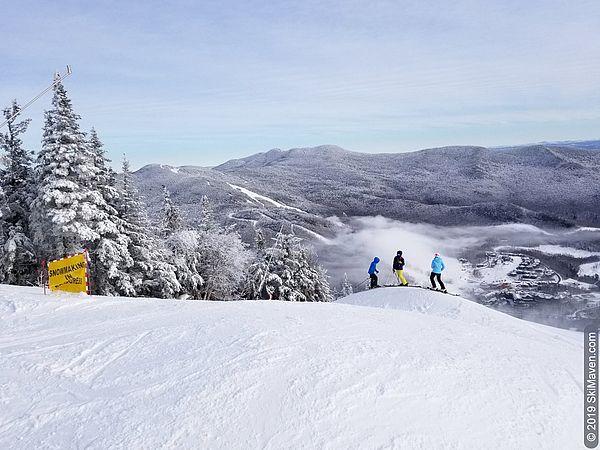 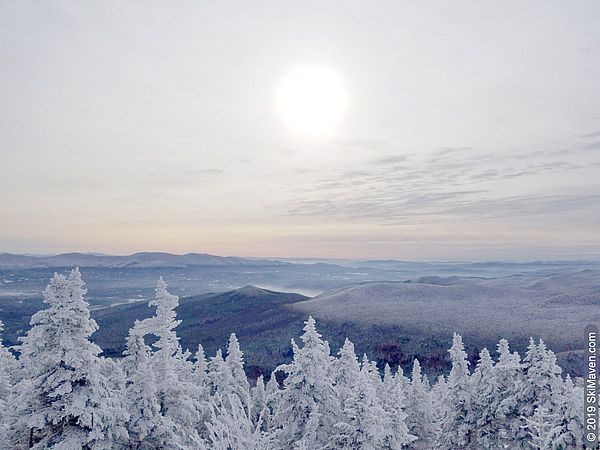 A hazy sun and gorgeous view from the top of the quad. 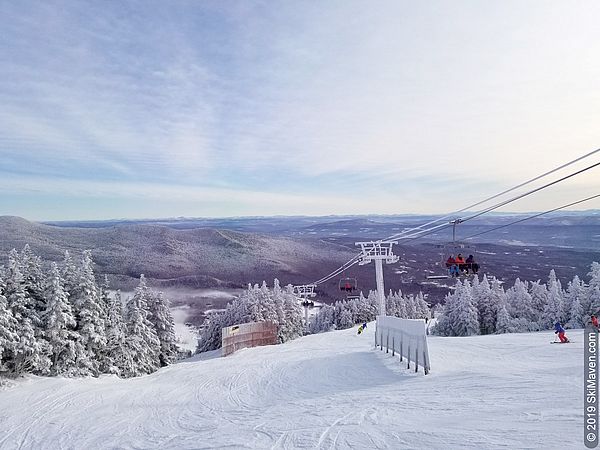 View of the Fourrunner Quad from the Octagon. 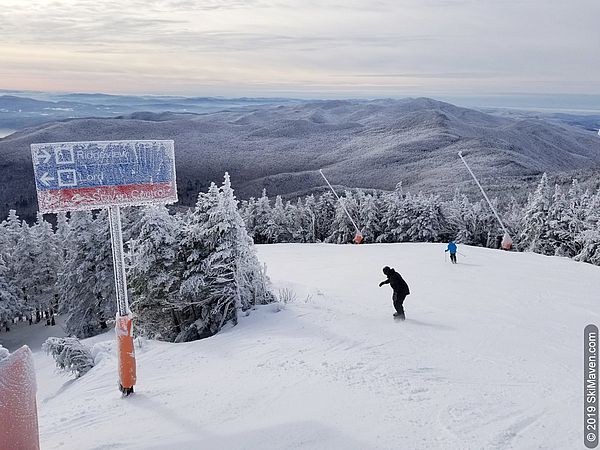 Skiers on the Ridgeview intermediate trail. 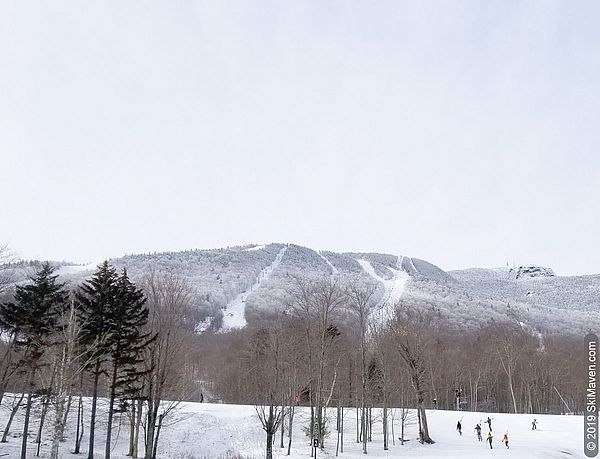 A distant look at the quad (at right) on Mt. Mansfield. 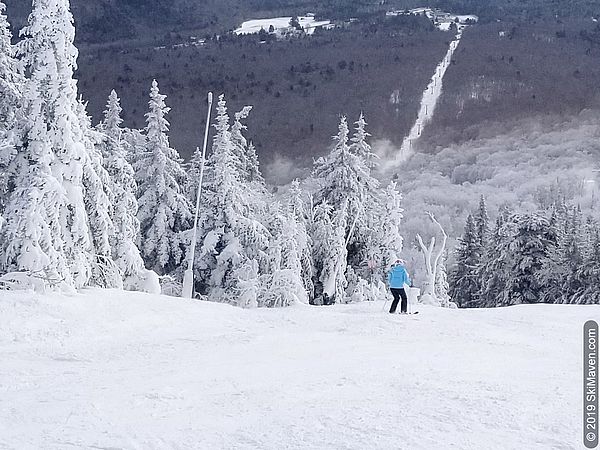 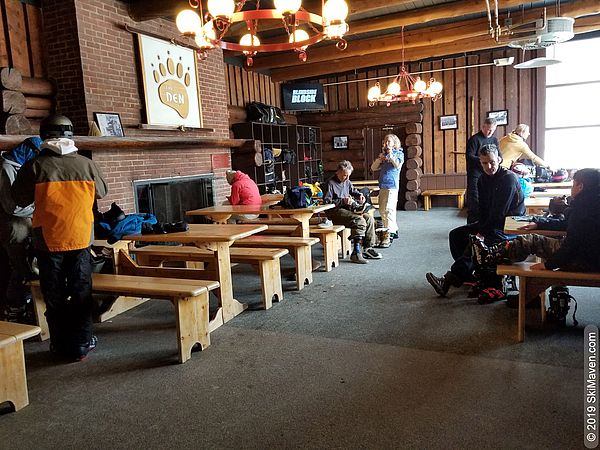 Inside the Mansfield Base Lodge, built by the CCC in 1941.

December 1st seemed like a good day to get on a ski lift! I headed to Stowe Mountain Resort as the sun was rising and got some morning laps on the Fourrunner Quad.

The morning started out sunny and slowly clouded over. My "warm-up" run was on Liftline because it was freshly groomed. It would only get skied off later, so carpe diem!

I skied on trails covered with manmade snow. Some of it was very fresh. The resort had been making whales of snow on Upper Hayride, for example, and skiers could make turns on it under the snow guns this morning. It was fun going up and over the giant bumps on that tacky, new snow!

There weren't enough skiers to warrant opening the Mountain Triple this morning, so I just kept getting on the quad. Upper Centerline and T-Line had not been groomed and had firm bumps. Today's groomed runs included Ridgeview, Lord, Sunrise, North Slope and Standard. The quad offers a nice long run on of Vermont's highest mountain, Mt. Mansfield.

It was a chilly morning so I made a quick stop in at the Octagon at the top of the quad. (What a view!) There were plenty of people in there warming up.

It was good to get out there and blow off the cobwebs. (Seriously, I had cobwebs on my ski poles.) I made use of a few different leg muscles than I've been using while Nordic skiing. I'll probably feel it tomorrow!

Did you hear that Mikaela Shiffrin had a very good weekend at Killington's World Cup races? She won the slalom by over two seconds! And she came in third in the giant slalom. So impressive!

Snow on its Way

A snowstorm will make skiers happy in the southern and central regions of Vermont over the next two days. I look forward to seeing the snow totals.