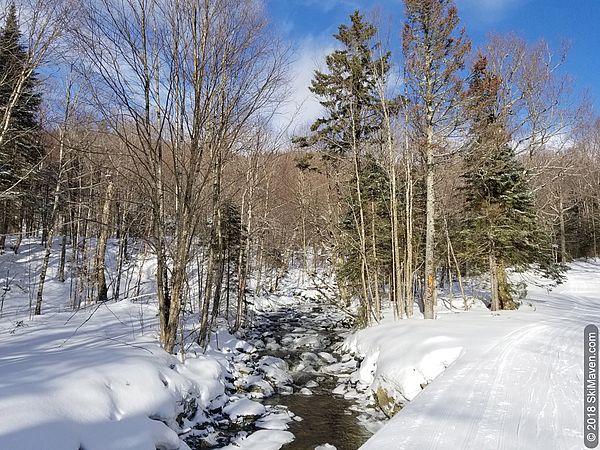 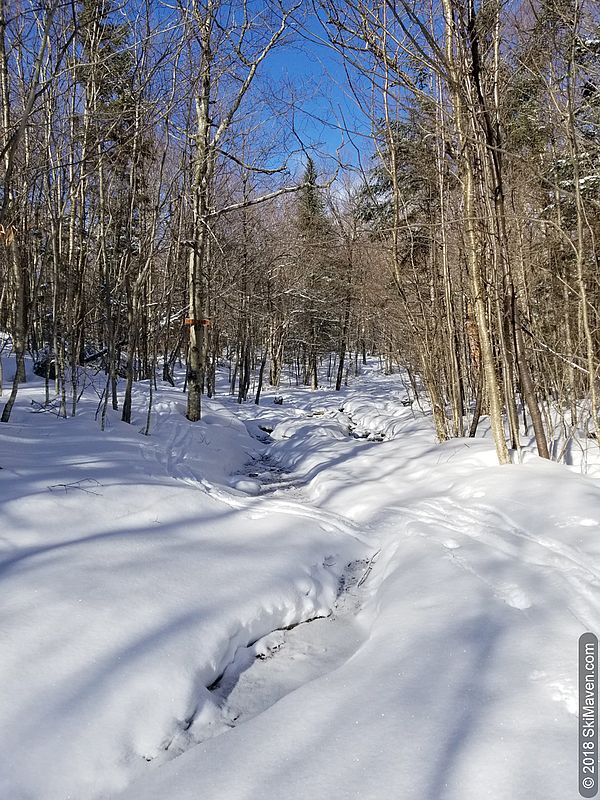 Looking up the Telemark trail from Maple Loop, at about 2,000 feet elevation. 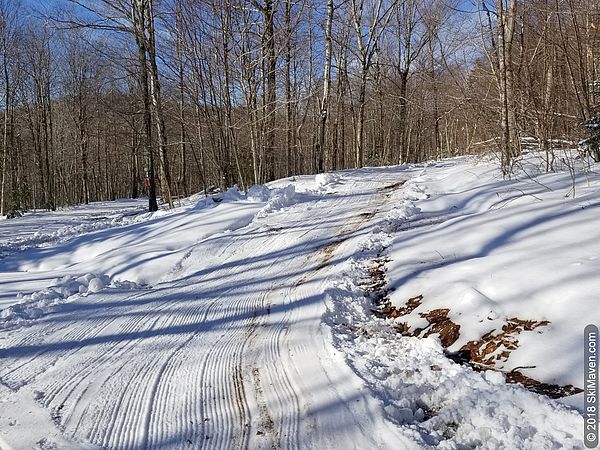 The intersection of Bobcat and Maple Loop.

After rain fell at the end of the week, you had to wonder how things were holding up in the mountains. I took advantage of a sunny Sunday to find out.

On my drive to the mountain, the Winooski River was swollen. We got quite a bit of rain!

I took my waxless touring skis onto the Nordic trails at Bolton Valley Resort. The skis have metal edges and I was thinking I would need them.

You could tell the snowpack took a hit, but there was still a bunch of snow up there. You'd see some wet areas where the streams got overloaded and crossed trails. You'd see some brown, leafy spots where snow had melted off. And you'd cross some icy areas. But the snow was still there. In fact there was a fresh inch and a half of fluffy stuff on top of the once-wet-and-now-frozen surface.

The resort had groomed Maple Loop and Broadway (and perhaps others) and that helped with a skiable surface. I stuck to the groomed trails, but enjoyed sliding through the fluffy snow on the sides when I could. The downhills were fast and I was very glad to have my metal edges.

There weren't many people on the trails, so I'd stop every once and a while to just listen. I only heard Chickadees and the roaring Joiner Brook. The sun felt great, too. A nice Sunday ski tour!

Now, everyone please pray for a snowstorm!