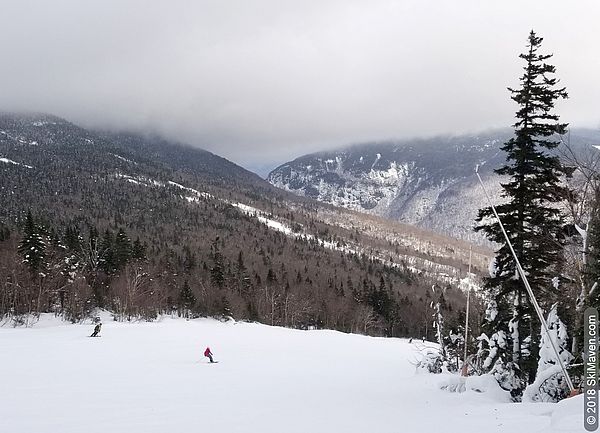 Fun turns on Stowe's Mt. Mansfield this morning. This is Nosedive. 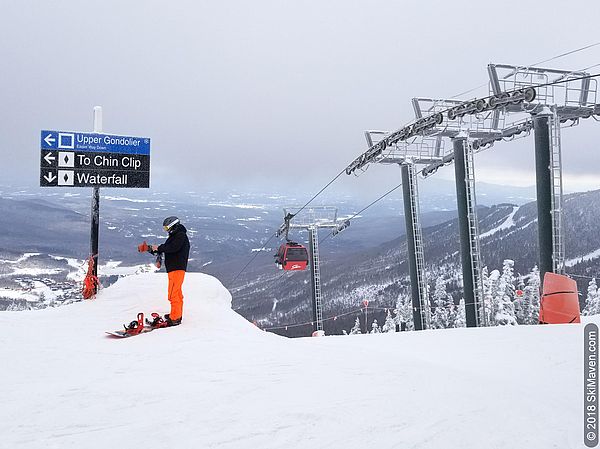 Top of the Gondola. 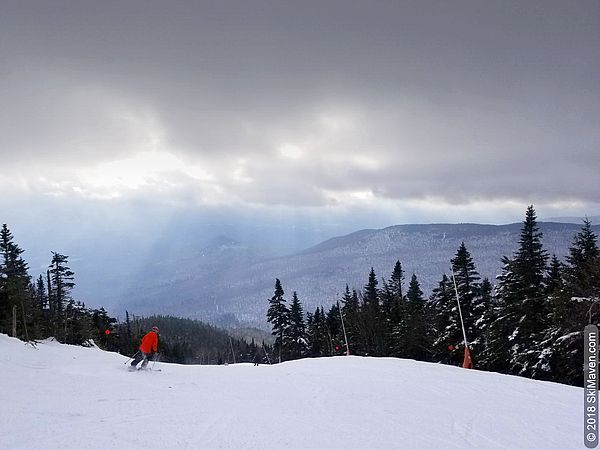 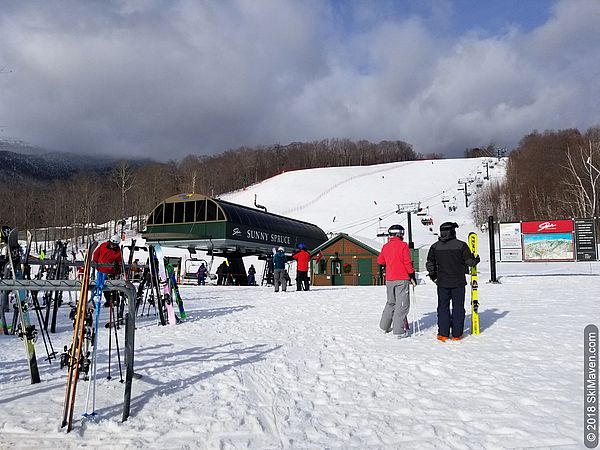 Later in the day I soaked up some sun at Spruce Peak. 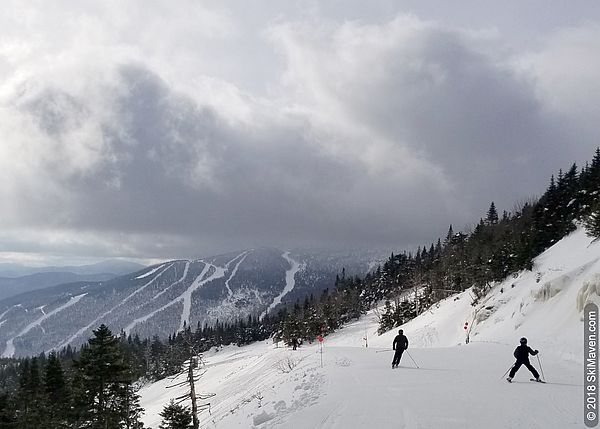 A tasty lunch at Skinny Pancake at Spruce base.

It felt like an early-spring skiing day today! I hit the lifts at Stowe Mountain Resort and enjoyed the trails on both Mt. Mansfield and Spruce Peak.

Most of the trails and lifts are open due to the wonderful early-season snow we've been having. (About 100 inches this season so far in the northern Green Mountains!) At Stowe 9 of 12 lifts and 90% of the terrain is open. It's great to be able to ski so much of the resort this early in the ski season!

In the morning at higher elevations, things were groomed and firm. Frozen granular. A cloud hung on to the shoulders of the mountain and I skied through it at the top of my first runs on the Gondola and Fourrunner Quad.

Early runs included a fast Nosedive, moguls all to myself on the ungroomed Upper Centerline and Hayride, and a cruise on the intermediate Sunrise.

As the morning progressed, the sun started to make an appearance and the snow started to soften at the lower elevations. It got downright springy!

Over at the Gondola, I got a workout on the bumps that populate the length of Chin Clip. They were rather firm bumps, sometimes big and angular, but very skiable. Upper Perry Merrill and Upper Gondolier were firm and fast. I jumped off onto the Switchback trail to push more snow around and get off the beaten path.

The trees up high are still caked with snow. It's a lovely scene. But I didn't venture into the woods today and didn't see many others in there either. The cold to warm to cold temperatures, and wet precip last night, would make the snow very challenging to ski in.

Today was Saturday, but there wasn't much of a crowd. People were spread out across both parts of the resort. I hardly waited for a lift, especially when I was in the singles line.

I got hungry and remembered that the Skinny Pancake was slinging crepes over at Spruce Peak. I went to investigate. With a view of the skiers on Spruce Peak, I savored a ham and cheese crepe and a cup of coffee. (I love crepes, don't you?)

Sunny Spruce was living up to its name so I ascended the Sunny Spruce Quad and later the Sensation Quad. From here you get a wide-angle view of Mt. Mansfield and its many ski trails. I had a blast on the lower trails because they softened up so much in the sun. I was arcing turns and throwing snow.

All in all a terrific first day of lift-served skiing! I think I even got a little sunburn...