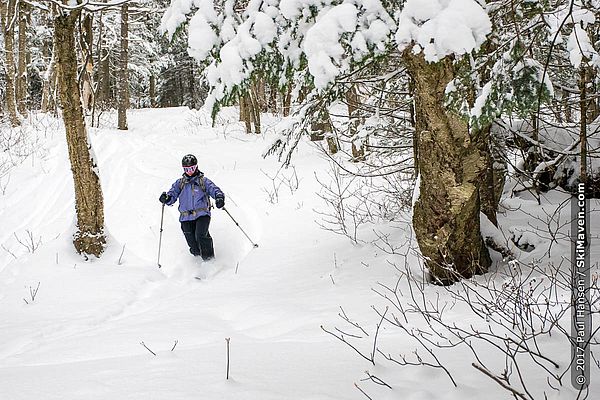 We earned some very fun turns this morning in Bolton, Vermont! 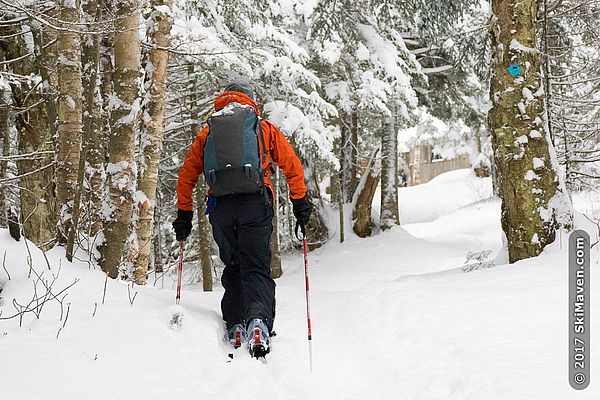 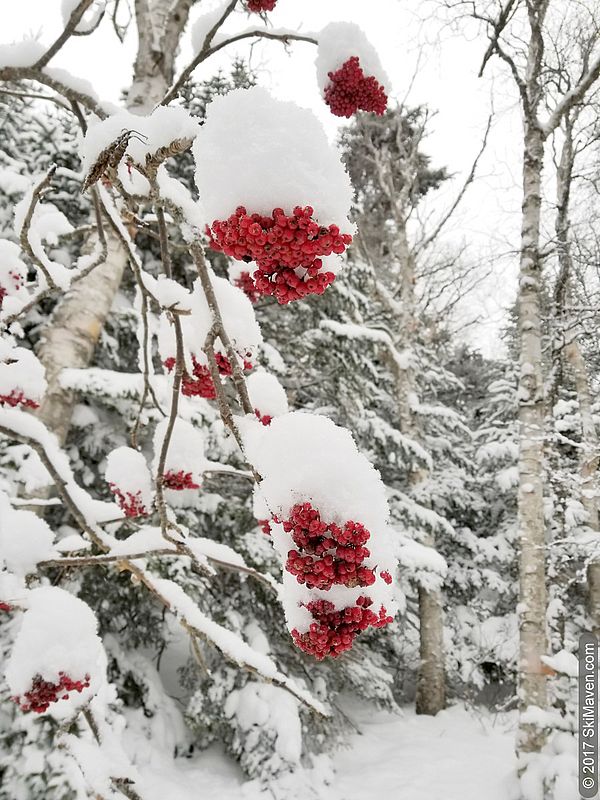 And snow fell much of the morning. 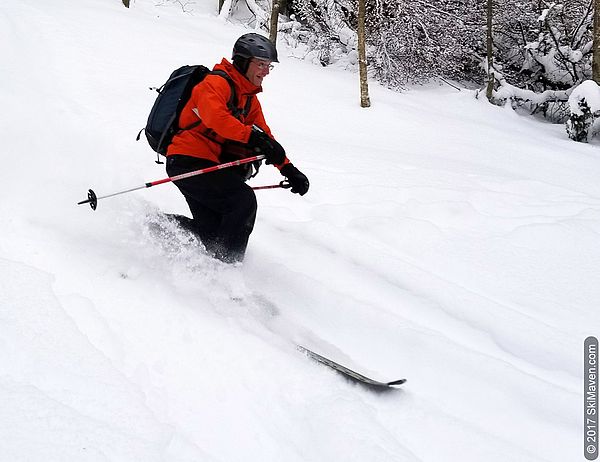 The light snow made for fun telemark turns. 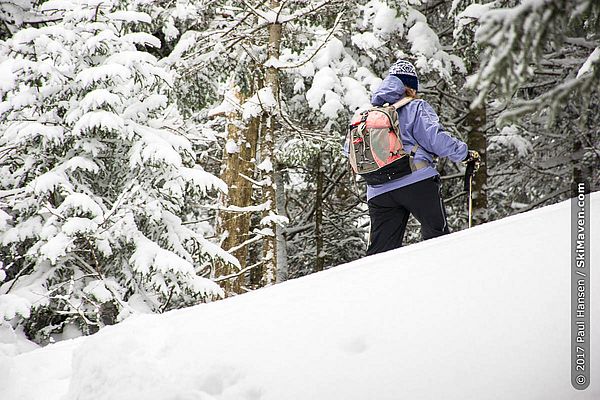 You do still need to watch for obstacles under the snow and water bars.

It didn't feel like mid-December today in the backcountry trail network at Bolton Valley. While there isn't a very deep base of snow, there was plenty of light powder to make turns through.

Bolton Valley, with a base area that sits at 2,100 feet, says they've received 15 to 18 inches of snow over the last week.

The Skimeister and I both got our tele on today. It was such fun for our first backcountry outing of the season!