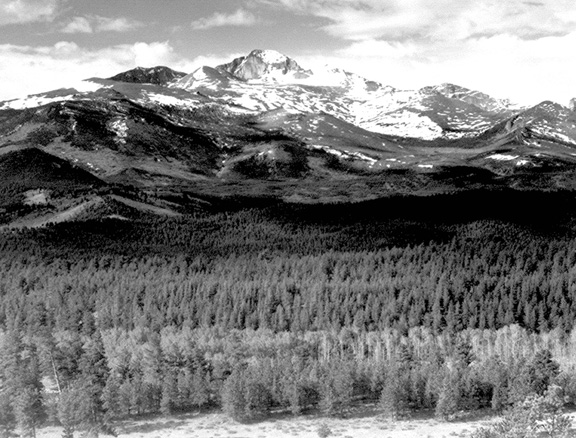 As I pack to make a short family visit to Colorado, I'm daydreaming of snow-capped peaks and blue skies. The Rocky Mountains are in a league of their own and I can't wait to see them again.

. It's a National Archives site that shares some of Ansel Adams' photos of our national parks in the 1930s and 1940s.

Apparently, the US government commissioned Adams to document the parks, but World War II brought the project to an abrupt end. It's fun to peruse the photos of mountains, glaciers, lakes and rivers when they were in a more pristine state.<link http: www.archives.gov research ansel-adams external-link-new-window> 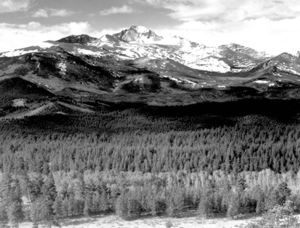 Here's a nice shot of Longs Peak in Colorado's Rocky Mountain National Park. It's one of 18 photos of that park. Gets me in the mood to have fun in the Rockies!

Did you know that Arapahoe Basin ski area is still open? I'm toying with the idea of skiing there for a half day. Judging from their <link http: www.arapahoebasin.com external-link-new-window>Web cams, the snow cover is still quite good!