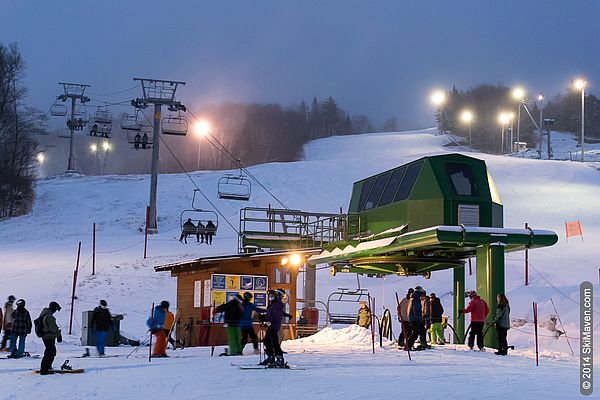 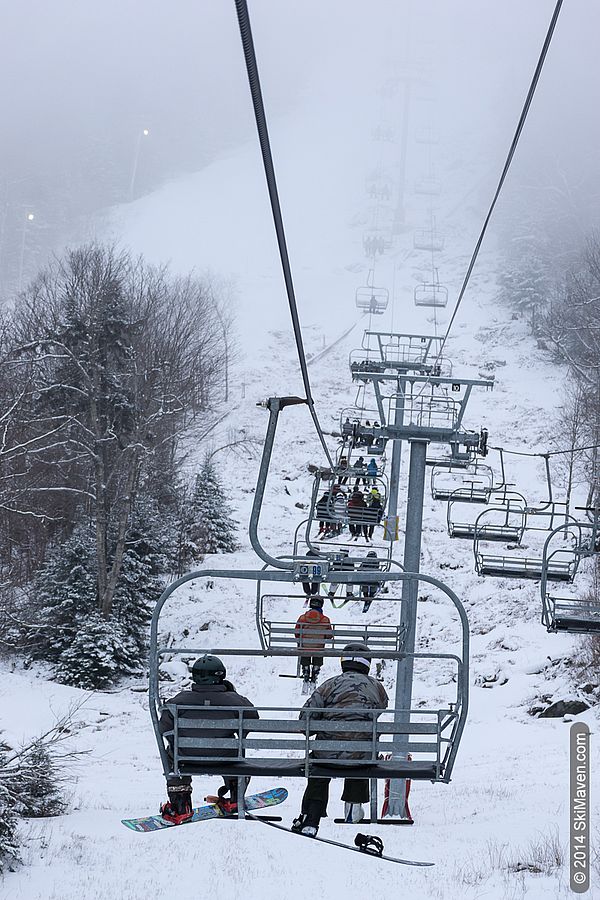 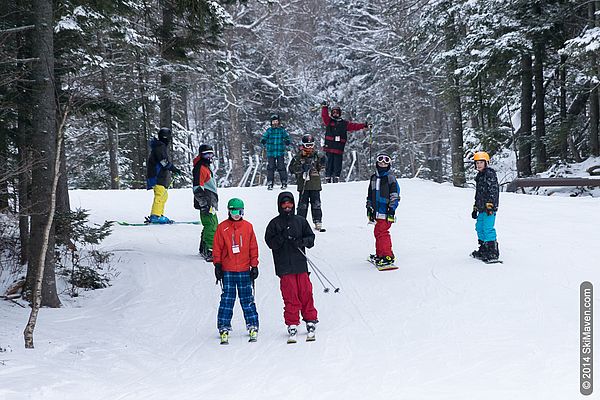 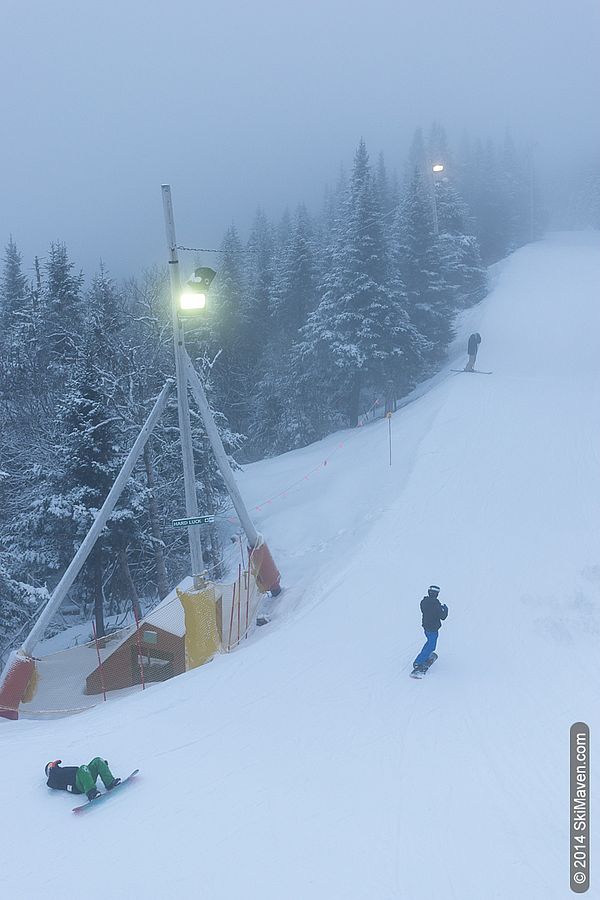 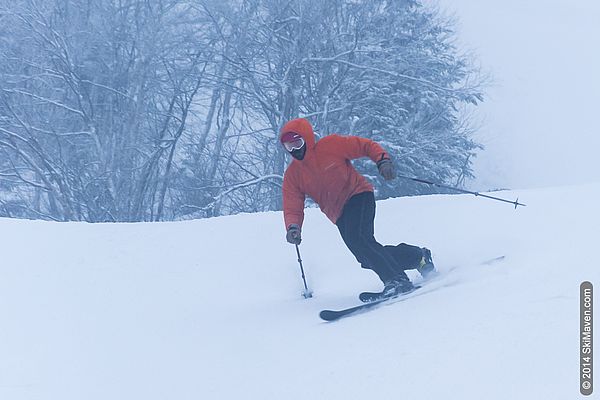 Work was done and there was some fresh snow on the ground. It was the right time to hit night skiing at Bolton Valley.

The resort had been reporting a couple inches of fresh snow today and after some recent nasty weather that included rain, we were psyched to get outside and play. We arrived in time for twilight, when the clouds were moving around the summit as the sky darkened.

We weren't alone. Buses brought local kids to the ski area for their weekly after-school skiing. They were having a blast tearing up the slopes with their friends.

As usual, we liked the trails that were less traveled. Tonight that was the rather steep Spillway off of the Vista Quad and Butterscotch off of the Snowflake lift.

I've only ridden the Snowflake lift once before because it accesses mellow terrain. But tonight it gave us access to powdery turns! The hill had not been skied much and the snowmaking guns near the quad kept blowing some snow over. While it was a short run, it provided a couple of inches of powdery fun!