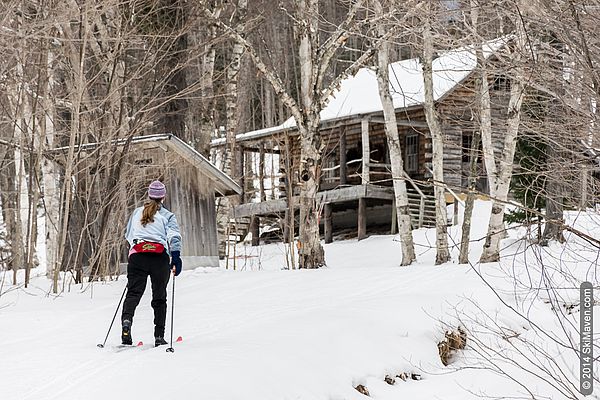 Skiing to the Cabin at Trapp Family Cross-Country Center. 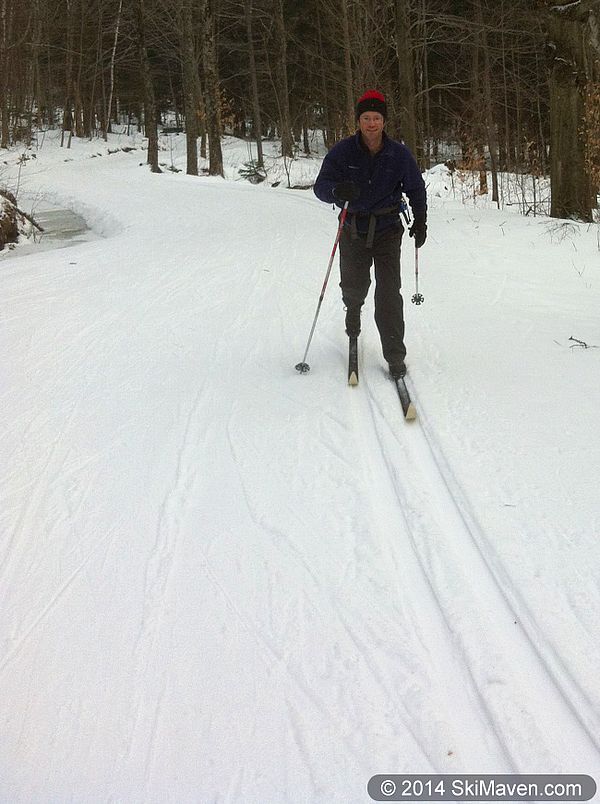 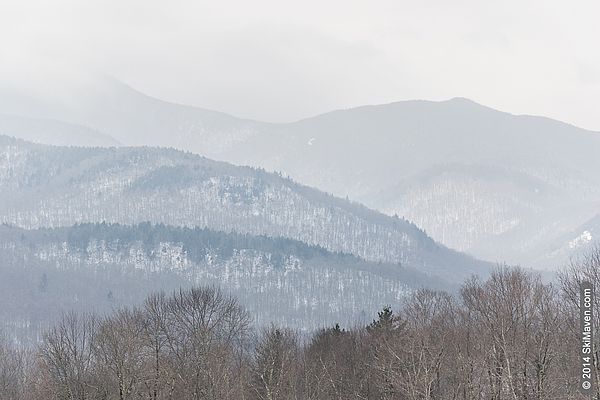 Views from the field. 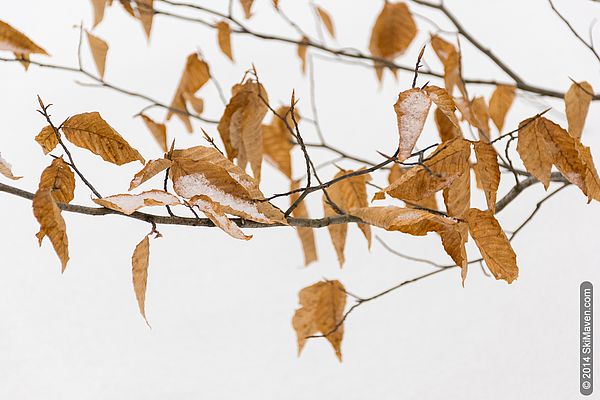 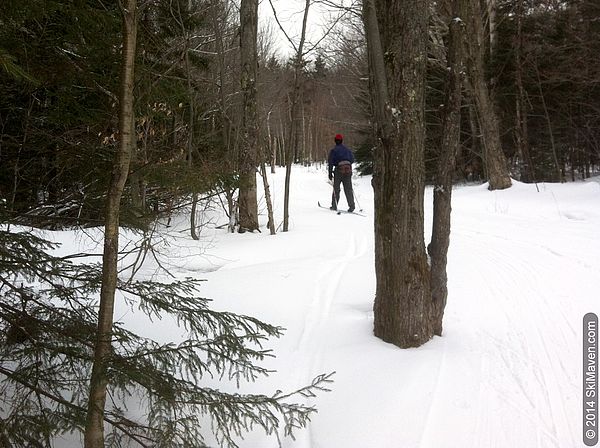 The Skimeister and I got on the snow today with a Nordic ski in Stowe. Work's been busy and after rain early in the week, with subsequent freezing, we weren't real keen on going downhill skiing.

We needed a workout and today's cross-country ski delivered that in some nice temperatures, and no wind. The trails at Trapp Family Lodge were what I would call firm and fast. They'd done a good job with the Piston Bully tilling up the tough stuff and laying down skiable surface. People who were skate skiing were enjoying the conditions. We used waxless, metal-edged skis so the downhills were pretty fun!

A little elevation allowed for some fresh snow and perhaps less thawing and freezing recently. The snow felt a lot better about half way up to the cabin. But because of very fast downhills with turns, the Nordic center was still suggesting that only strong skiers ascend the trails to the Slayton Pasture Cabin. What goes up, must come down you know!

It's nice to get out on any trails during a non-holiday midweek. It was quiet and when we got the cabin, which is normally packed elbow-to-elbow with skiers enjoying a snack by the fireplace, we had our choice of seating. Very mellow.

Exercising in the woods was just what the doctor ordered today. I was put in a better mood despite the very nasty weather forecast for the weekend. Even the mountains are expected to get some rain (<link http: www.erh.noaa.gov btv mountain external-link-new-window>see the mountain forecast here). <Sigh.>

January is such a weird month.