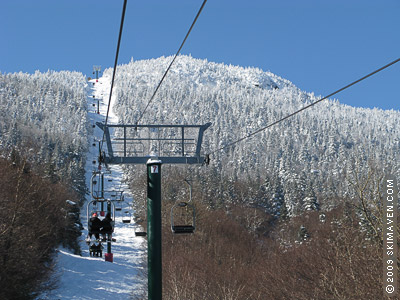 OK folks, ski resort crews are making snow in Colorado and they have had some natural snowfall at higher elevations, too. Later this week, Vermont mountaintops may actually see some early snowflakes. Ski season is creeping closer!

As part of our update on on-mountain improvements being made at Vermont ski resorts, here's a quick recap of what's been happening at Sugarbush, Mount Snow and Magic Mountain ski resorts that will impact your enjoyment of the snow during the 2009 - 2010 ski season.

Sugarbush spent the summer expanding and adding 75 acres of new wooded terrain at both Mt. Ellen and Lincoln Peak. They say the expansion is part of an effort to create new challenges for skiers as well as to remove some of the “fear factor” from gladed skiing; some of the new areas have gentle slopes and plenty of white space between the tree bark. 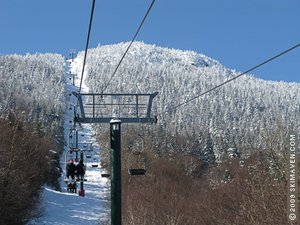 (More details below in comments section...)

Mount Snow is completing infrastructure improvements to its snowmaking system and the resort has made additions to its fleet of groomers. The ski resort has been preparing new features and rails for the Carinthia freestyle terrain park, as well.

Magic Mountain has been repairing snowmaking lines and increasing snowmaking capacity. The resort has also done more thinning in off-piste areas of the mountain for additional lines in their glades. More selection in the glades is a good thing, non?