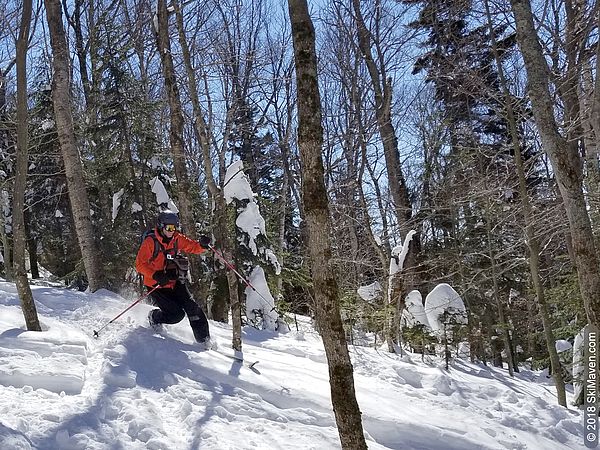 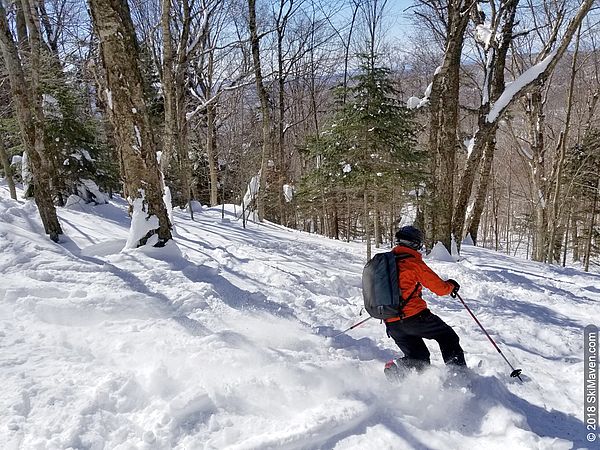 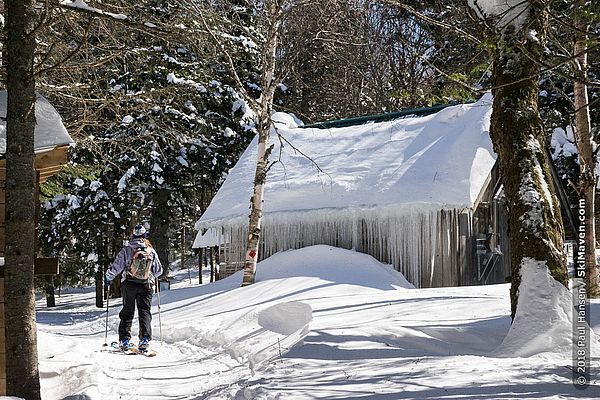 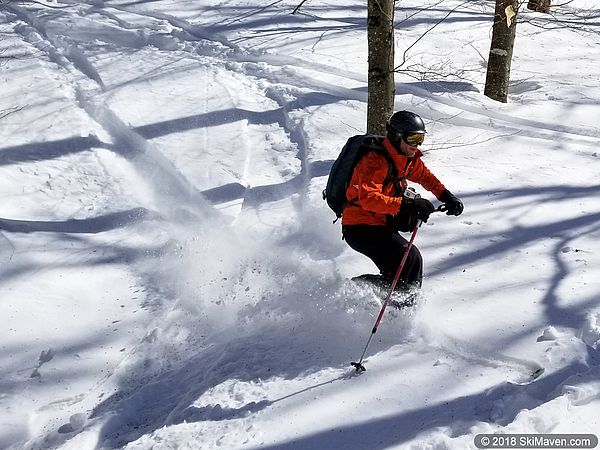 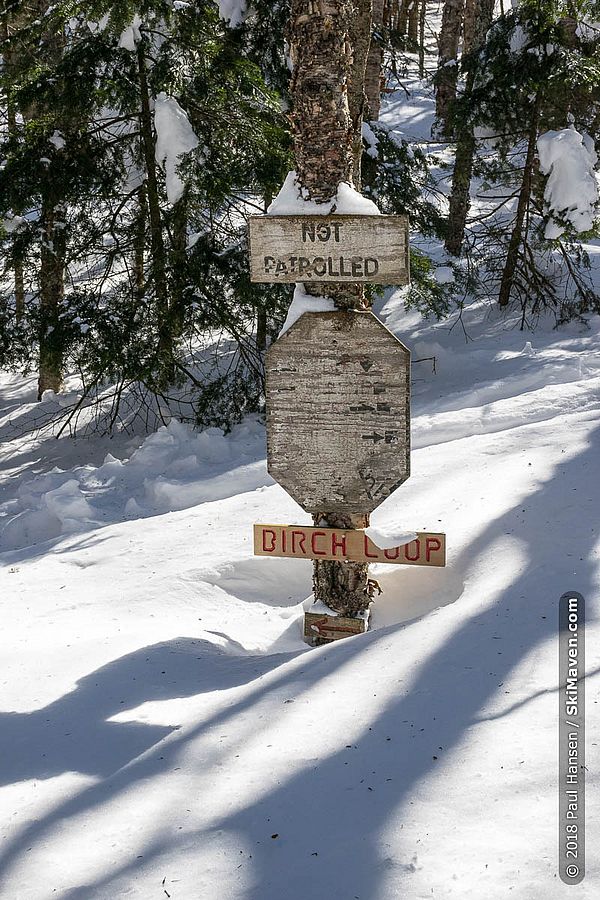 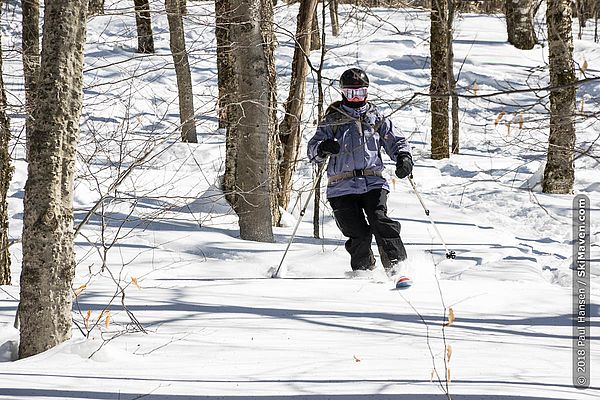 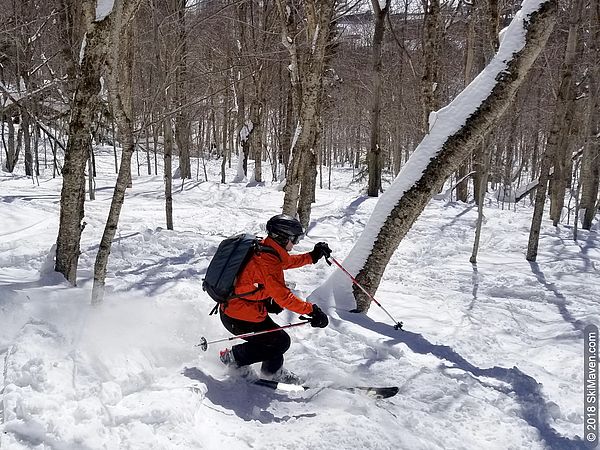 Today was a bit strange.

We skinned up into the Bolton backcountry trail network in northern Vermont and when we started to descend, things looked very, very different. We were ducking under branches that we hadn't had to avoid earlier this season. (Where did they come from?) The trail signs were in the wrong places, too! They were much lower than we remember them.

Were we in an episode of the “Twilight Zone?”

In fact, it turned out to be an episode of the powder zone. We quickly realized that our familiar surroundings had morphed due to so much snow falling lately!

We enjoyed the light, fresh snow as we made telemark turns and parallel turns down the mountainside! At about 2,500 feet in elevation it skied like a foot of fresh powder. It was great! See a few of our photos above.

The Vermont backcountry is in fine shape, indeed. Did you see the National Weather Service reported that the top of Mt. Mansfield had a snow depth of 100 inches on March 15 — up from 51 inches the week before?

Did you get on the snow this weekend???