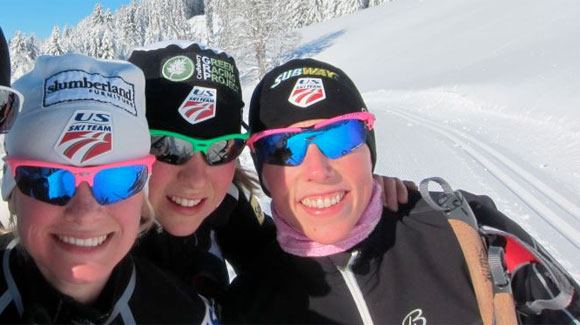 Ida Sargent of Vermont (at center) with her US Ski Team teammates. 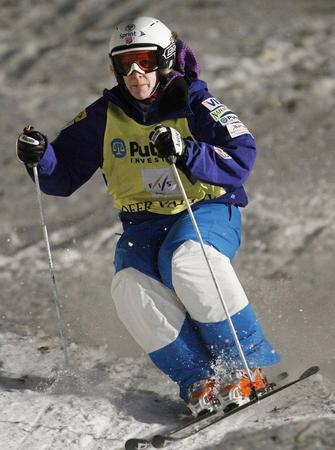 This weekend we're looking forward to taking in some ski racing action! The UVM Winter Carnival starts today and goes through Sunday. It features the best collegiate skiers in the eastern US taking on the slalom and giant slalom courses at Stowe, and the nordic racing trails at Trapp Family Lodge.

The University of Vermont has a strong ski team again this year. Some of the racers have been competing across the country in NorAm races, and a few have even competed in their first World Cup races.

We're not sure how the trails are after another session of rain this week, followed by cold temperatures. A few resorts picked up a couple inches of snow, as well. We'll let you know what we find, and we'd love to hear what you find. Trail grooming will be key, for sure.

We've continued to be on a rollercoaster with the temperatures. Maybe this was the last "thaw" of the season. Let's hope!

Speaking of racing, Vermonters have been tearing it up on the World Cup scene.

Photo: Ida Sargent of Vermont (at center) flanked by her US Ski Team teammates Jessie Diggins and Kikkan Randall, who all placed in the top 12 in Moscow this week.