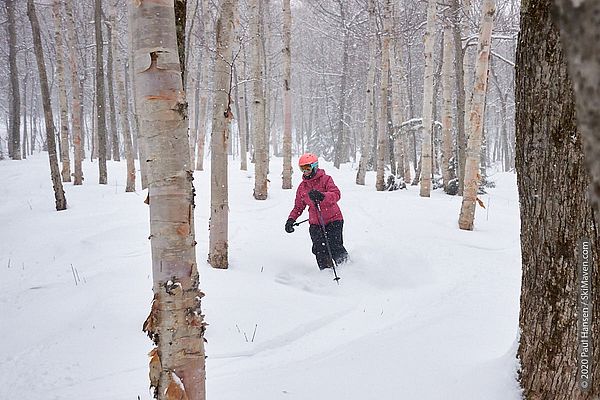 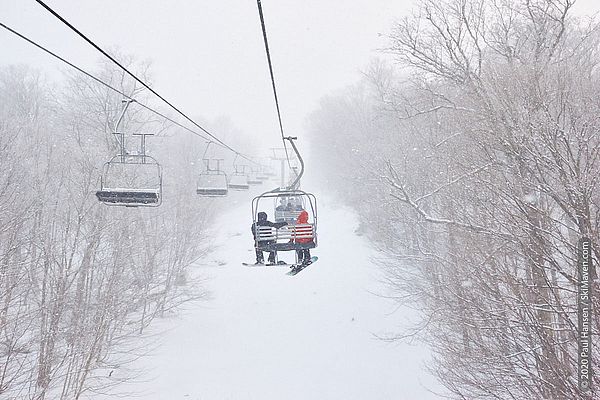 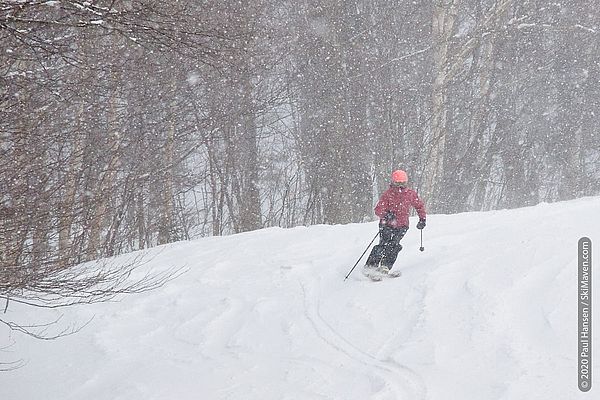 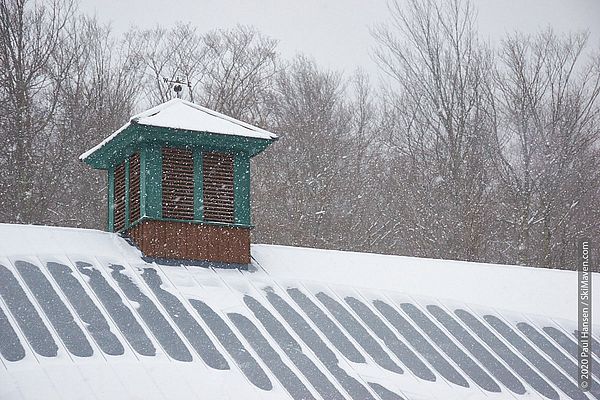 Around northern Vermont, ski areas reported that about 4 - 6 inches of snow fell Saturday into Sunday morning. It serves as a nice refresh for the conditions.

We got up early and headed to the slopes to play in the new snow. We weren't the only ones getting to the hill early!

We waited in a growing crowd for Stowe Mountain Resort's Fourrunner Quad to open. It was windy at the base, and we soon found out it was very windy up at the summit. The wind had blown around the four inches of new snow. Most of the open trails had been groomed overnight.

We skied Nosedive with high wind, snow and low visibility. (So glad we had our balaclavas on!) We went up the quad again before retreating to the less-windy Mountain Triple. There we had fun on lower angle trails and glades for the rest of the morning. We found that less-steep terrain allowed us to feel the new snow more so than the hard-packed or crusty snow underneath. Good stuff!

We enjoyed a couple of the trails off the triple chair that had some of the fresh snow atop the groomed surface. So silky smooth!

In the mellow glades, we had to keep our eyes open for rocks and logs. We still need more snow to cover up obstacles there!

Did you get out on the snow this weekend? How was it?