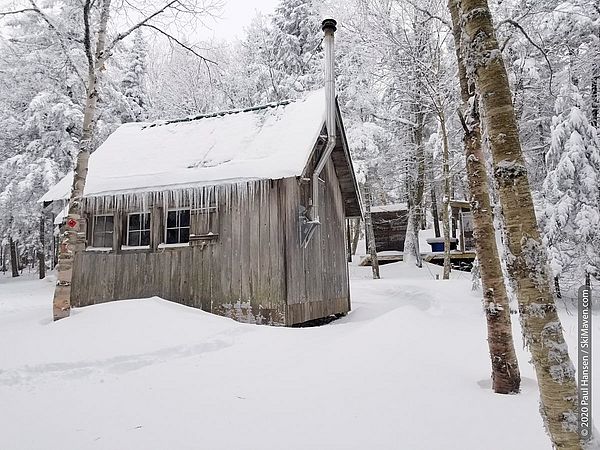 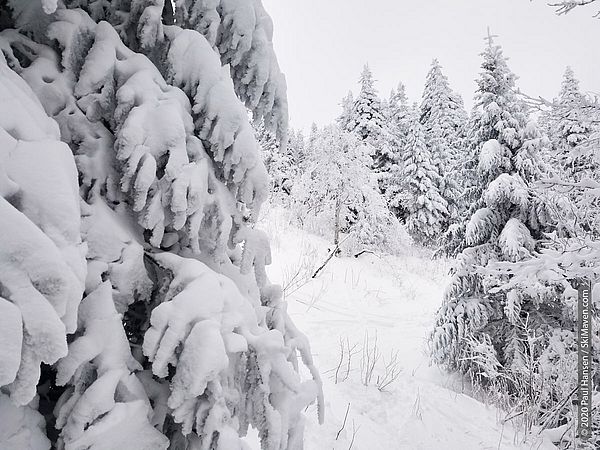 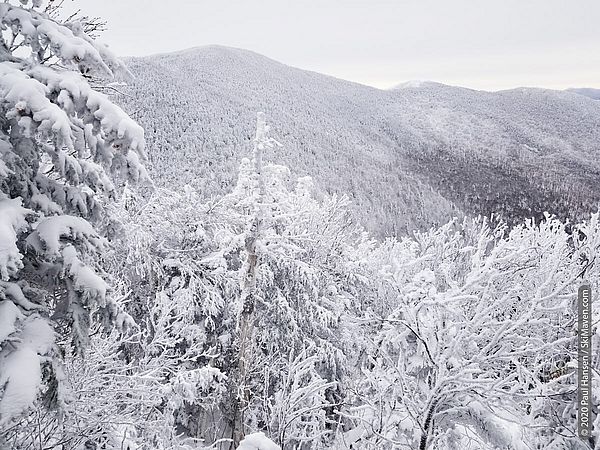 Thursday's storm, and the one hitting tonight, are finally putting us back on track after the recent thaw. The temps are downright wintry as well! Brrrr! Winter is back!

Today I headed out for a tour in the Bolton Valley backcountry. We're in the middle of what looks to become a 30" four-day snow total, by the time things wrap up tomorrow night. Yippee!

It was a chilly but windless 3 degrees out as I skinned past Bryant Cabin and on up to a grey but pretty vista from Stowe View, at 3000'. The delicious powder sure made for some nice turns on the way down. I found that the lower angle terrain was best at making up for the lack of a snowpack under the pow.

Despite the date on the calendar, conditions were on the 'early season' side, with about 6-10" of powder atop a 0-6" base of hard snow. Some areas were wind-affected; I also spotted some water running in the water bars, and hit several hidden rocks. The hobblebush is still about 1-2' higher than the snow surface, so woods that aren't manicured glades still need quite a bit more snow to be skiable.

The snow that's expected over the next 24 hours should open up the rest of the trails and terrain, and with cold temps forecasted for the whole week, let's hope it sticks around for longer this time!