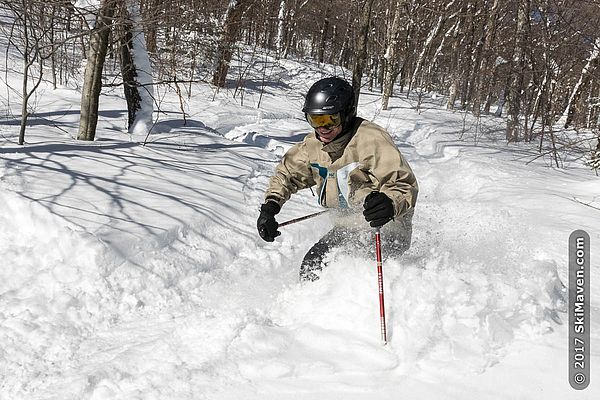 Rather epic powder at Stowe Mountain Resort on February 17, 2017. 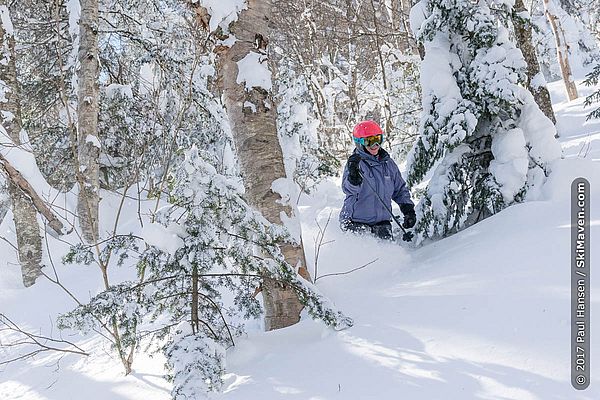 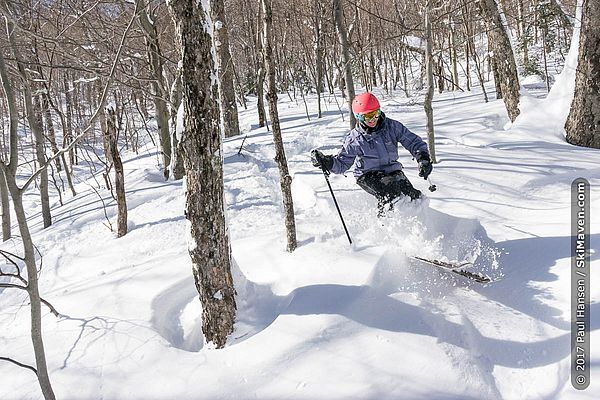 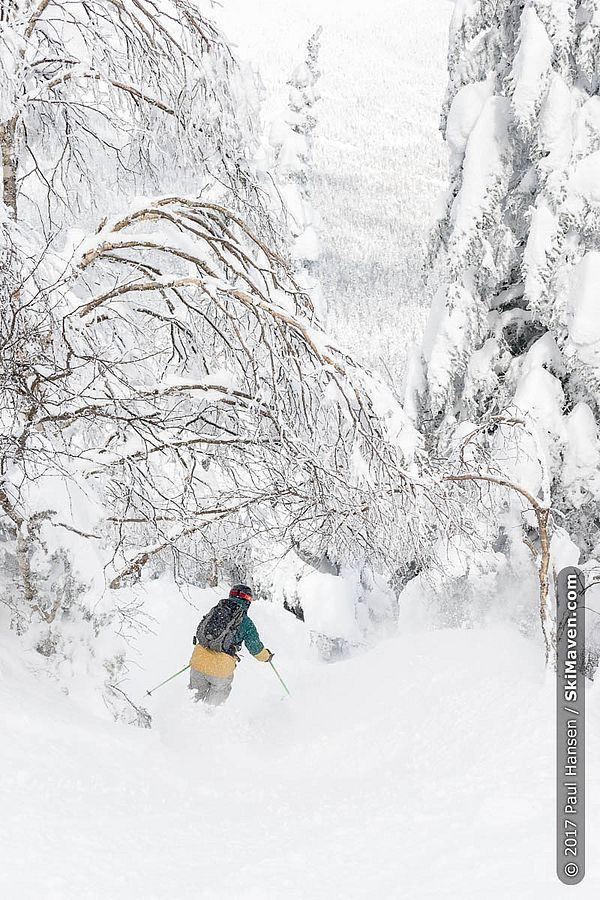 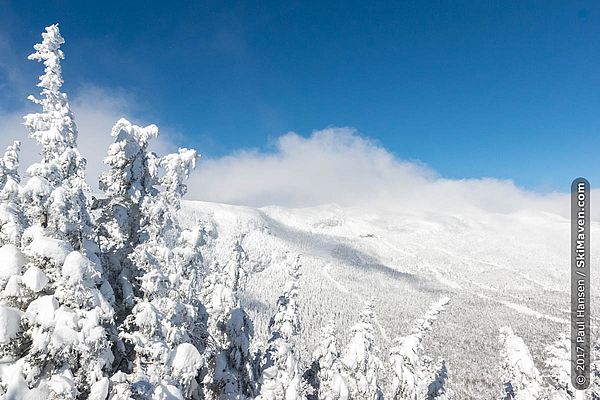 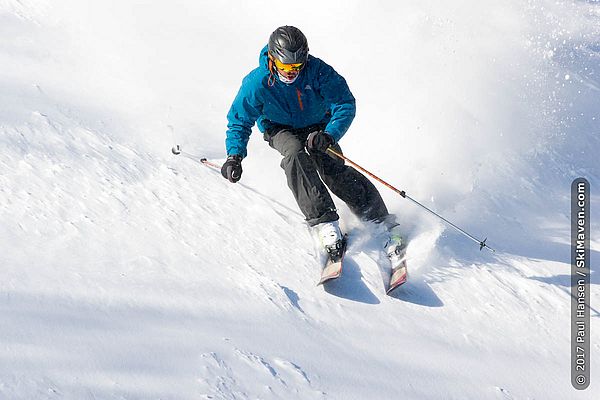 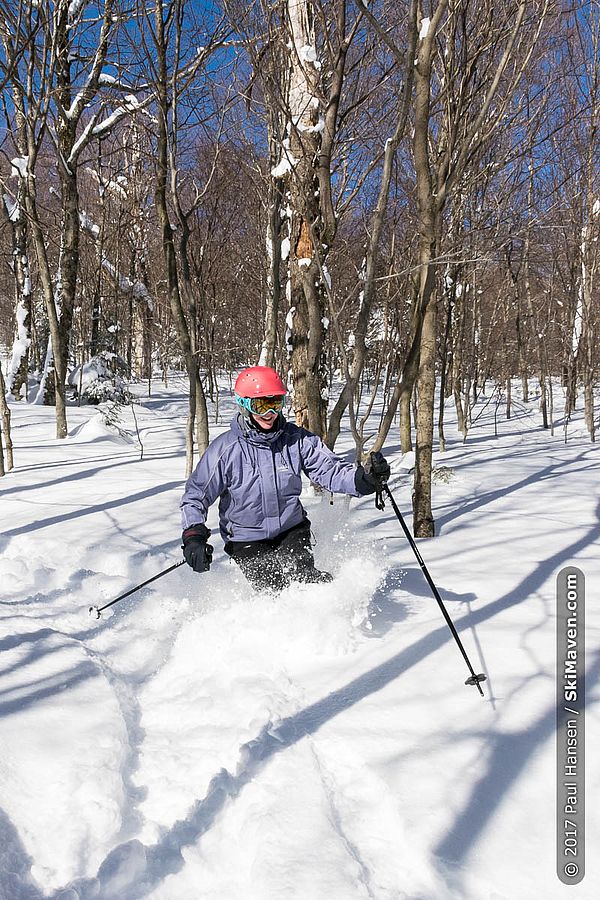 Today ranks as the deepest powder day of the ski season for us so far!

The snow has been falling rather continuously in northern Vermont lately. On Thursday the National Weather Service was reporting "upslope flow" snow in the Mt. Mansfield area. We figured it was our job to investigate.

We got to the resort and found out that despite earlier predictions on their website, the wind did in fact have an impact on morning lift operations. Luckily, we don't mind skiing off the Mountain Triple, which was running while the Quad and Gondola were on wind hold. We did a few laps there while the wind whipped through higher elevations.

We cut across Hayride to Tres Amigos glades (very fun!) and also hit up the Birch Glades area and some other trees near the Triple Chair. The snow was deep!

As luck would have it, the wind died down and the Fourrunner Quad and Gondola began taking passengers. Our ride up the Quad was breezy and chilly, and after a quick warm-up in the Octagon we checked out Nosedive Glades.

Oh my goodness, up here the snow was so very deep! We were feeling as if we were skiing in Colorado powder!

We later moved over to the Gondola and enjoyed wooded runs off of the Chin Clip trail. I hate to be a broken record but the snow was crazy deep! I chuckled when I would look down after a bunch of turns in the woods and I'd see snow still in the lap of my ski pants. It was something else.

Of course the wind did have an impact on many trails around the mountain. The wind would partially scour off a trail while depositing the snow on one half of it. And — of course — the snow was also deposited in the woods! In addition, we saw skiers cruise along on wind-slabbed snow on the Liftline trail. The wind was running right up the trail.

Check out the photographic evidence from our investigation today. No matter where you skied, powdery turns were never far away!