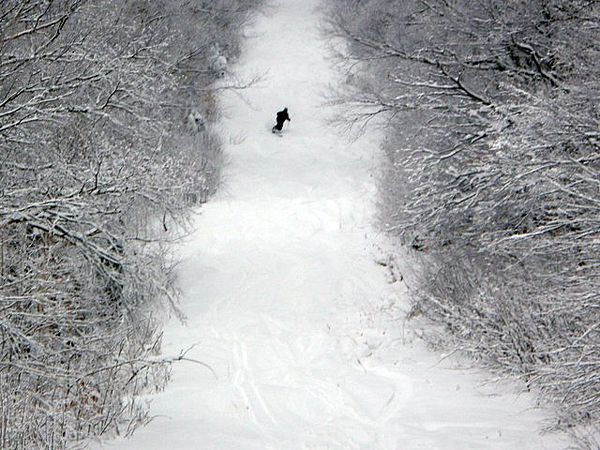 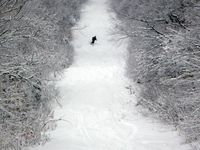 'Twas the day before Thanksgiving, and all through the house, people were looking for their winter gear, and starting to grouse.

OK, I've found my boot bag, long johns, hats and mittens, helmet, and even my balaklava. But where the heck is my ski jacket and ski pants? I'm going to need these things pronto!

There are at least seven ski resorts open in Vermont this weekend for early-season runs. And we've received natural snow in the mountains and even a bit down in the Banana Belt of Burlington. Check out the shot from Stowe taken on November 20.

My sis' in Colorado says they are having a weak early season out there. Vail just opened today and Beaver Creek doesn't open 'till Friday. (Aw, the second-homeowners at the Beav' must be crying in their champagne.) Sounds like we may have more natural snow right now here in VT!

Among those running lifts in Vermont this weekend are:

But first, I must bake pies. Which do you prefer: pumpkin or squash pie? It's squash for me. Probably because it's sweeter. Yum!