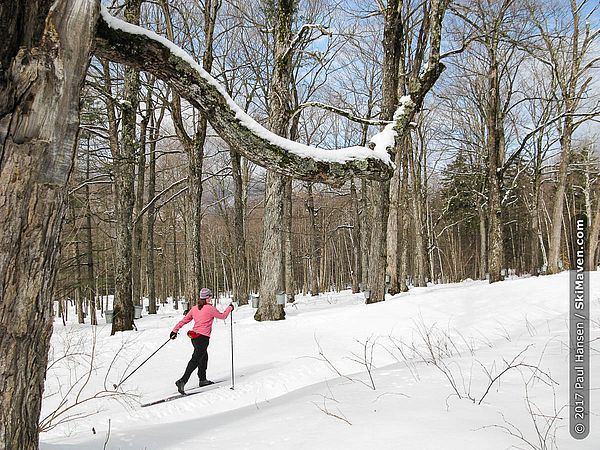 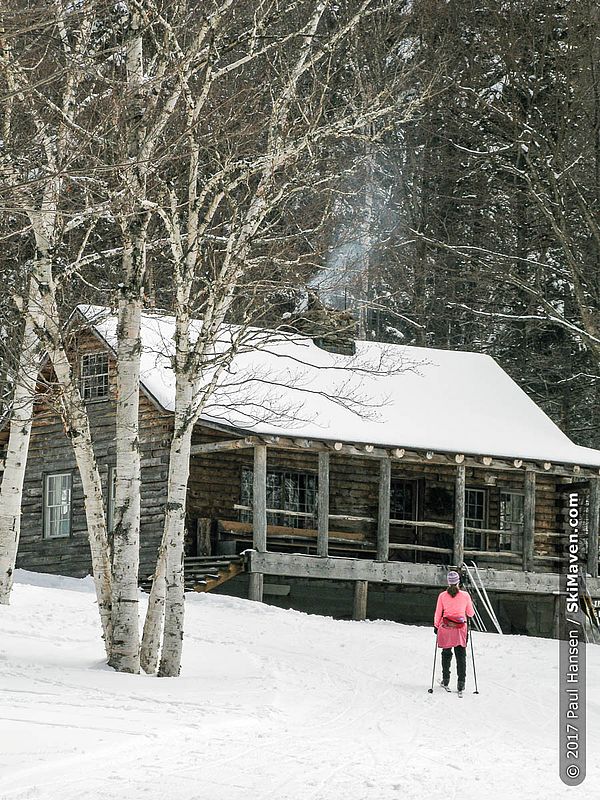 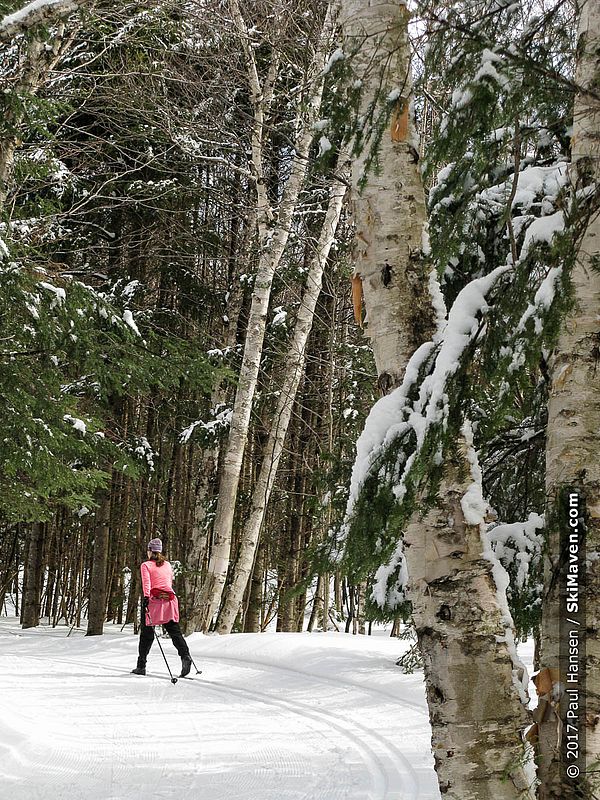 Snowy trees at the top of Chris's Run. 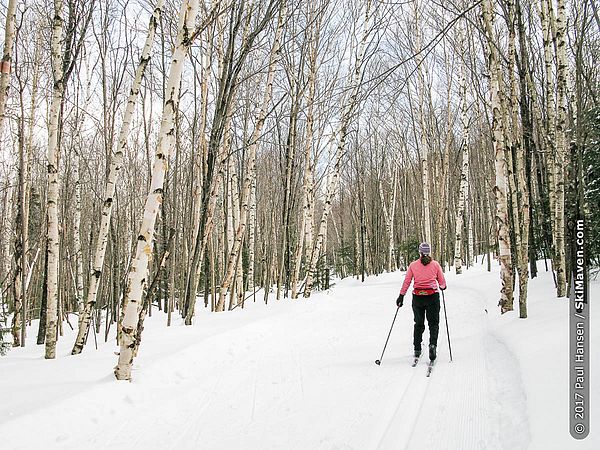 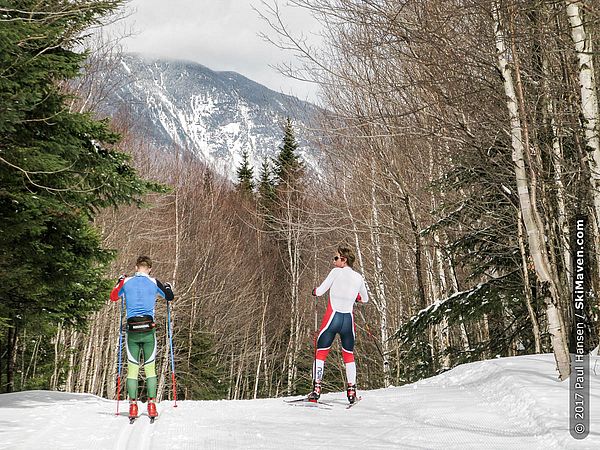 Haul Road with a view of Smugglers' Notch.

Today's weather beat out our expectations today. It turned out to be gloriously sunny while we were on the trails at Trapp Family Lodge Cross-Country Center!

There is still so much snow on the trails and woods in Stowe, Vermont. Trapps, with a base elevation of about 1400 feet, reported receiving about five inches of snow on Friday/Saturday. This morning all 65km of the trails were freshly groomed and had classic tracks.

We skied up to the cabin via Russel Knoll and Chris's Run — a long uphill trail that's on the western edge of the trail network. It was mellow for a Sunday morning. When we arrived at the cabin (2100 feet) to share some soup, there were only a handful of other skiers there.

There was more snow on the trees at this higher elevation, although the sun was making it drip and drop off the tree branches. Heads up!

By late morning the snow was getting very soft from the sun and spring temperatures. We double-polled a lot on the downhills while our waxless skis took their own sweet time. We descended from the cabin on the Haul Road, which is the northernmost trail at Trapps. Then we went up and down on Hare Line before zig-zagging down Bobcat to meet up with the Haul Road again. From there, we took the Haul Road and Luce Trail all the way back to the Nordic Center. More folks had arrived at the Nordic center while we were out on the trail.

It was rather slow going, but the weather was gorgeous and there was great snow coverage. Such a treat for early April!