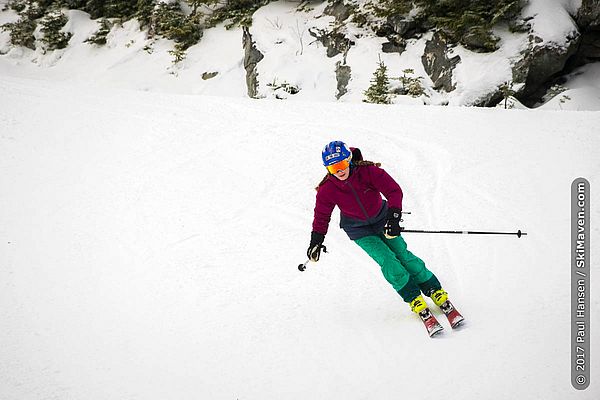 Zipping around the corners on Jester at Sugarbush, Vermont. 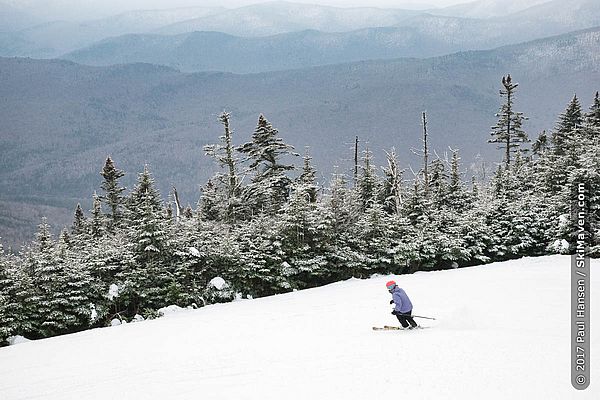 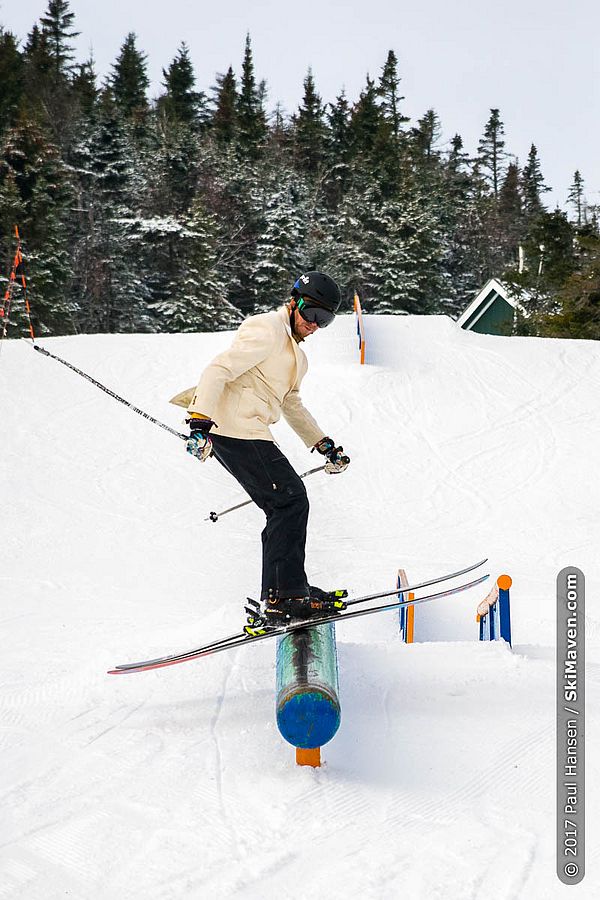 A dapper guy (he's wearing a sports coat) hits up the park. 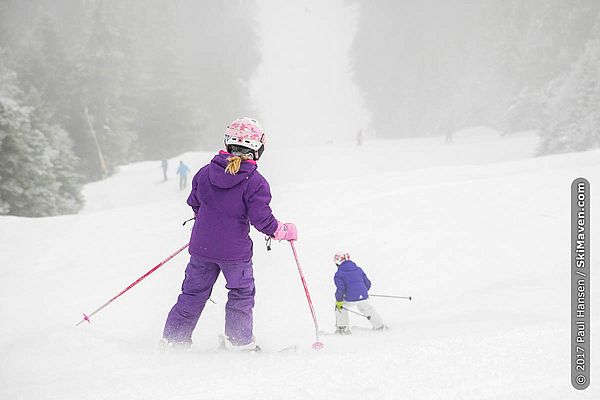 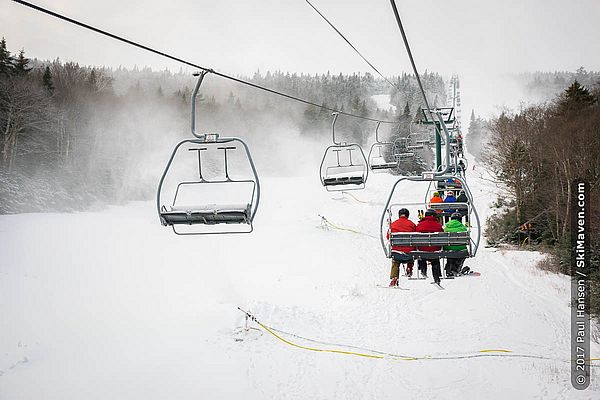 Big-time snowmaking on Ripcord, under the Heaven's Gate chair. 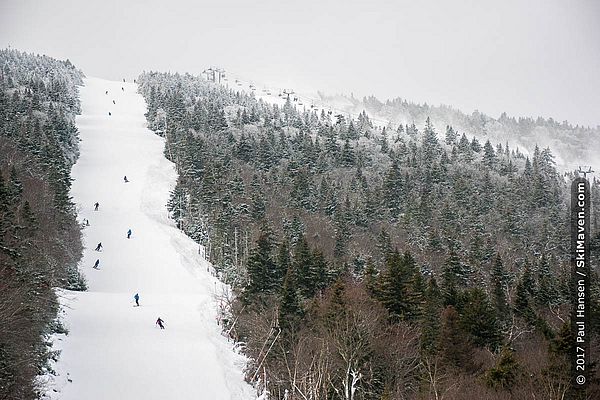 A view of Upper Organgrinder. 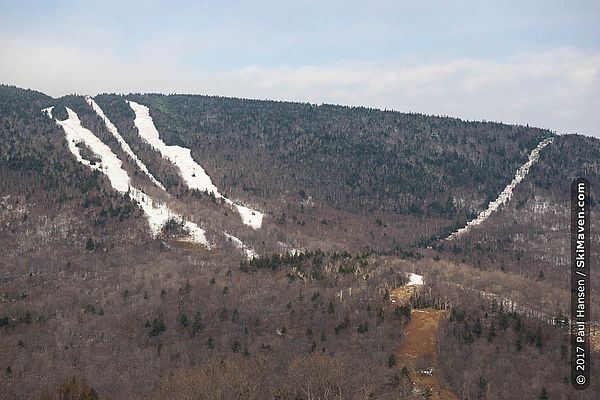 Looking over at the North Lynx area.

On this morning when the blue sky peeked out at us a bit, we enjoyed a good early-season workout for our skiing legs. It's so nice to make turns in early December!

We headed to the Mad River Valley for a morning of skiing. Sugarbush had three lifts open (four if you count the beginner conveyor lift) and they listed 15 trails open.

There were three main ways off the summit of Lincoln Peak: Ripcord, Jester and Organgrinder. Spillsville was open with natural snow but almost no one was skiing it because of the mixed-in dirt. (We heard it was good on Friday).

As we ascended the Heaven's Gate Triple, snowguns were pumping out more snow to cover the Ripcord trail. These snowguns were nice and quiet; they must be the new high-efficiency ones. It was great to be able to hear the conversation while riding the lift!

Our best turns up here were on Jester and Organgrinder. They had zippy, groomed, frozen-granular snow. We skied in the morning, when the coverage would be as good as it gets.

It was fun to zoom around the corners of the twisty Jester trail. And the rolling mountain views are always nice from here.

There were three main routes to get to the base from the mid-mountain: Valley House Traverse to Snowball to Spring Fling; Downspout to Lower Downspout; and Valley House Traverse to Stein's Run. As a rule, we avoid the heavily traveled Downspout whenever possible. We enjoyed making turns on Snowball and Spring Fling. The best snow was on the side of the small freestyle park that was set up on Snowball. Nicely groomed with low traffic!

Only a few people were riding the Valley House quad. It gave us access to Snowball and Spring Fling. I was tempted by Stein's Run, but decided against it as it had gotten bumped up (it was left ungroomed) and was likely hard-packed. It can wait for another day!

There was a decent sized crew on the First Time beginner hill. They were riding the conveyor lift up the hill and working on their snowplow turns on the way down. So nice to see newbies at the mountain! Remember when skiing was new to you???

Of course, we had to practice our après-ski skills as well as our turns today. We munched on fabulous tacos and beer in Waitsfield.

New for This Year: RFID cards are new this year at Sugarbush. You must buy the reusable plastic card for $5. Your tickets get loaded onto it through the season. Instead of humans scanning your ticket at the bottom lifts, you now pass through gates that read your card.