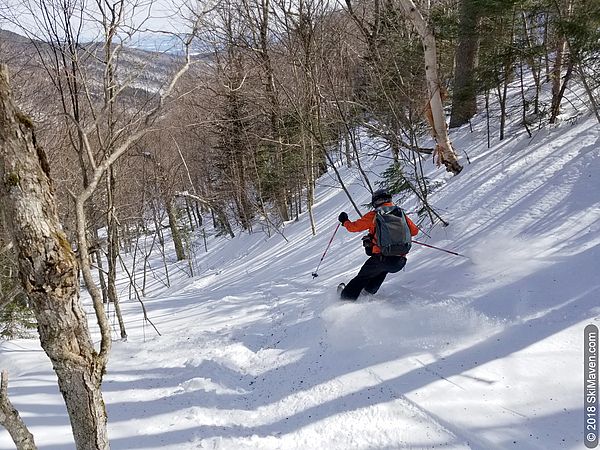 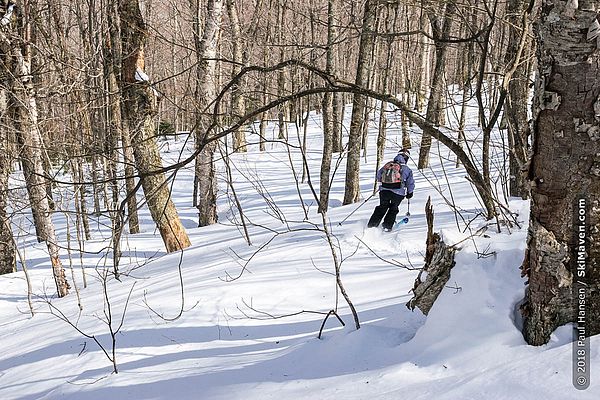 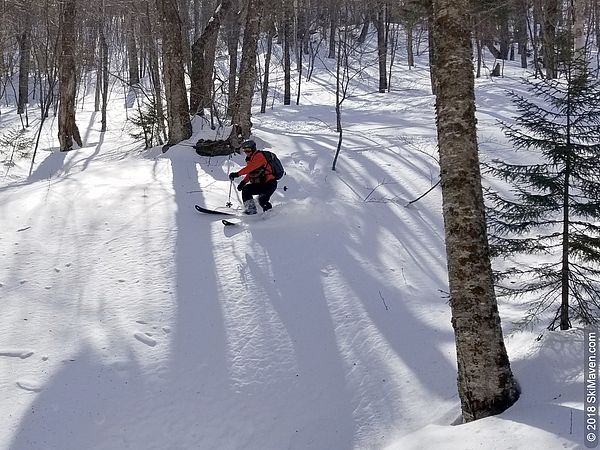 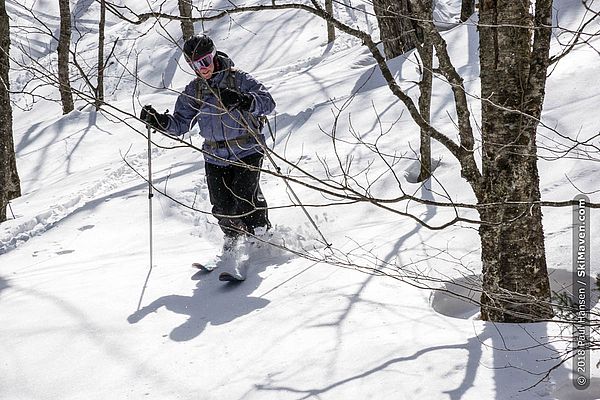 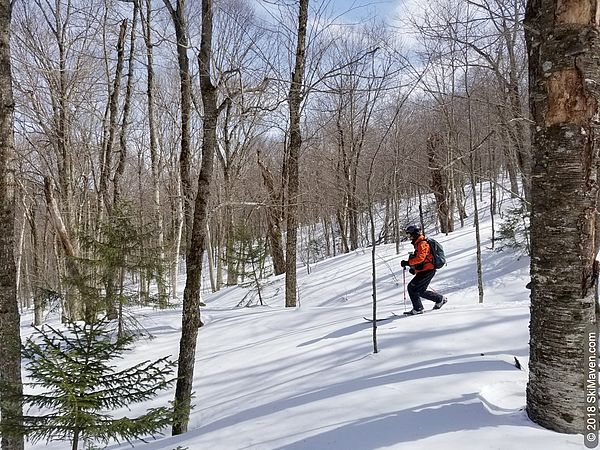 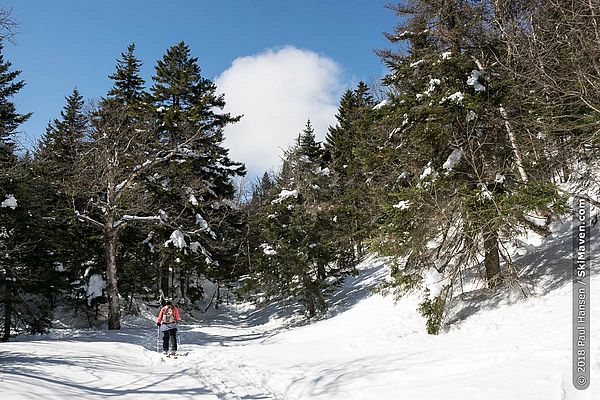 Saturday was such a pretty day. Blue sky, rather warm temperatures and still lots of snow to play in!

The Skimeister and I earned our turns in the backcountry. We skinned up into the Bolton Valley backcountry trail network to Stowe View. (A nice view over to Mt. Mansfield today!) Then we dropped down the backside to look for uncrusted snow in the upper Cotton Brook basin. We then skinned out of the basin on a sustained, steep incline (a lot of work!) before reaching the trail network and descending to civilization again.

This is what we found. Going up in the morning, everything was frozen up. My skins had a hard time holding on to the snow on the steeper pitches. Up higher, the snow in the shade was less crusty than the snow in the lower elevations. At the top of Cotton Brook there was a sunny side and a shady side of the area that we skied. Sunny was crustier. Also, the wind had been working its way through there so there was a bit of wind slab going on. So we tried to stay in the shady spots and found some fun turns.

While descending Gardiner's Lane in the afternoon, the sun had thawed the previous day's sun crust and it had become more skiable — but still very challenging.

Here are a few shots from our day of backcountry skiing in the sunshine.

Past blog posts about Cotton Brook: