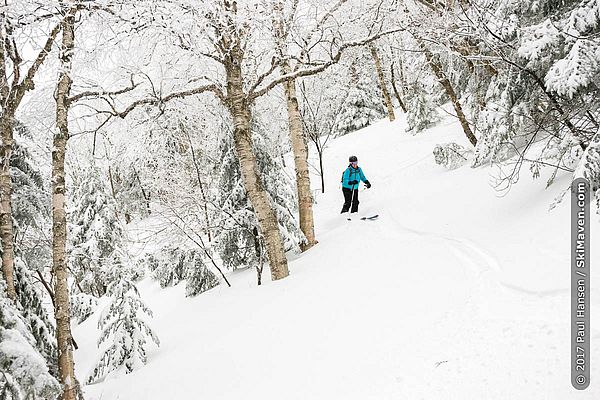 Saturday in the backcountry trail network in Bolton, Vermont. 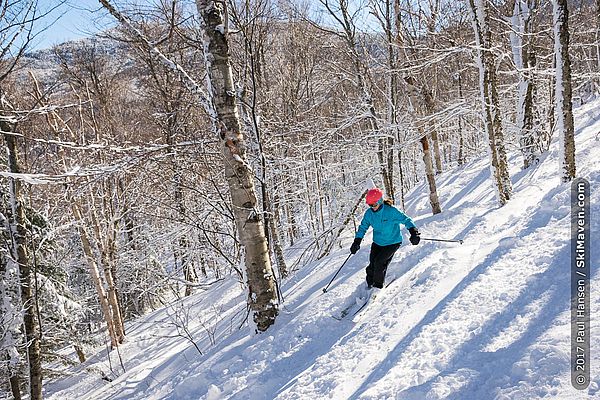 Sunday in the bright sunshine at Smugglers' Notch Resort. 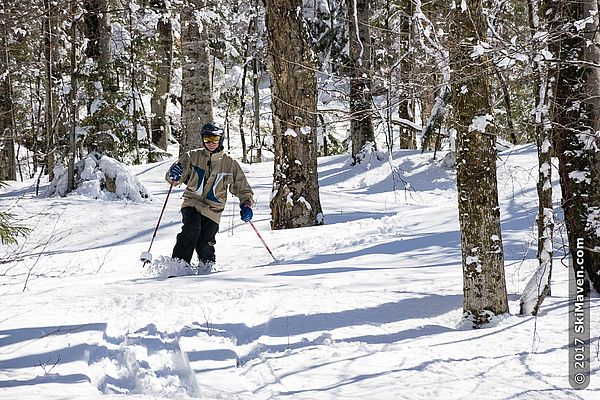 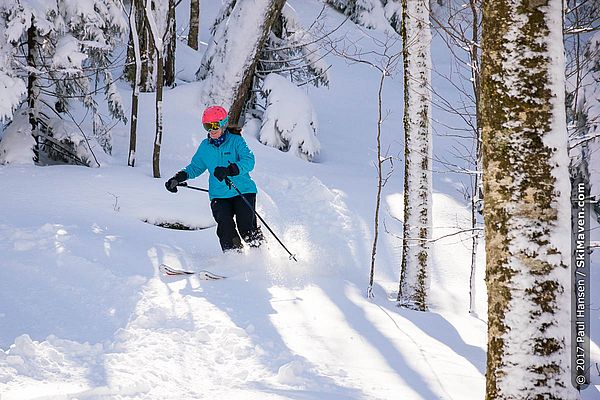 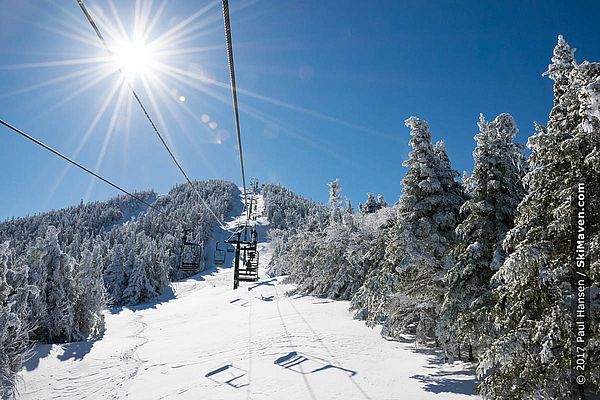 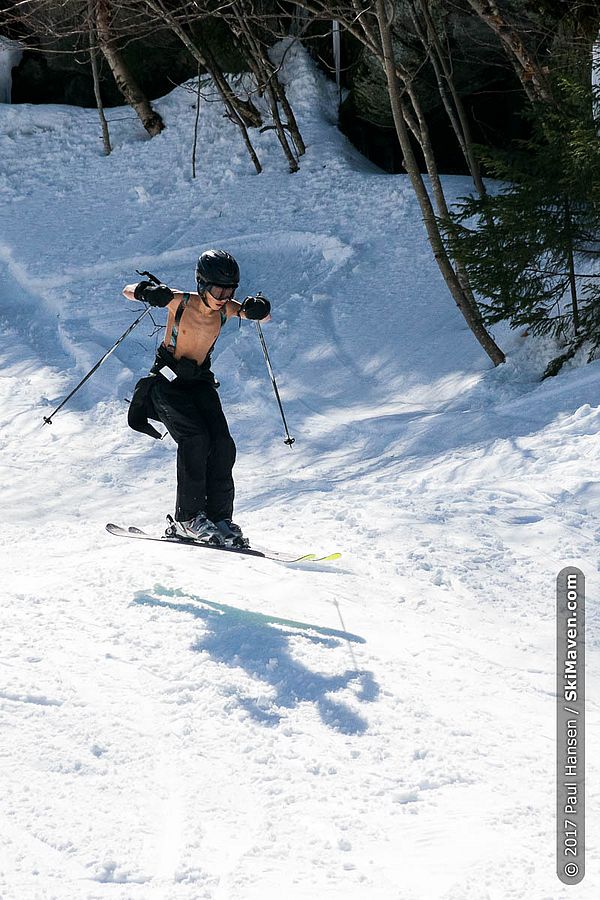 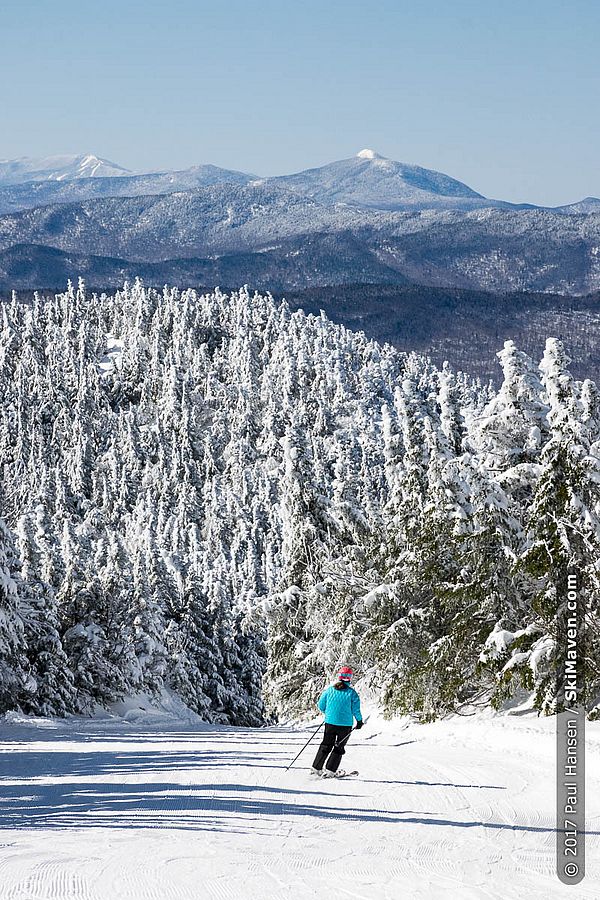 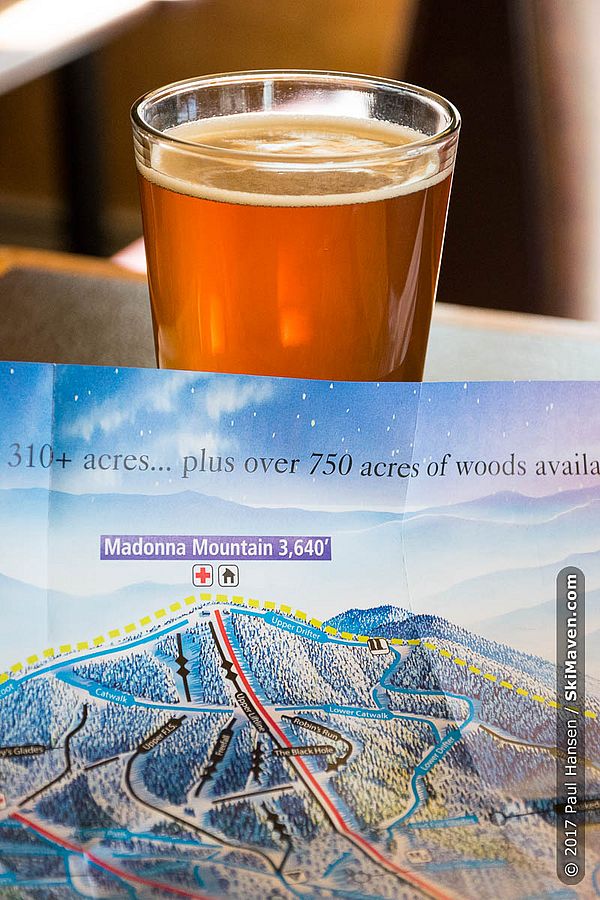 I had to double check the date that was appearing on my phone on Saturday. We went out for a backcountry ski and it felt and looked like February rather than April 8!

Saturday in the Backcountry

We found five to 10 inches of new snow on Saturday, depending on elevation. The 10 inches was above 2700 feet. It was dense powder and the snow was deep when you got off the beaten path! Several times our poles plunged deep into the loose snow off the sides of the skin track.

We went up into the backcountry trail network at Bolton Valley in northern Vermont. We skinned up to get a view to the east at the "Stowe View" viewpoint before following our noses down through the trees and trails. The trees were heavy with snow and it was down-right gorgeous!

Check out our photos and tell me it didn't look like winter this April weekend!

Sunday on the Lifts

On Sunday, we headed to Smugglers' Notch Resort to get some turns in before the sun and temperatures warmed up everything. The sky was crystal clear and snow clung to the trees as we approached the very white-looking mountain.

We went into some glades right off and sought out spots where no one had turned on Saturday. We noticed that Smuggs hadn't received quite as much new snow as the peaks in Bolton.

We hit up glades such as The Shire, Bermuda, Knight's Revenge and Shakedown before the snow really softened up. (The thermometer would rise to nearly 50 degrees while we were there!) We found soft turns in Red Fox and Moonshiner's Glades.

Some of our best turns on the trails were where the natural snow had been left ungroomed. The broken powder would turn more into mashed potatoes as the hours went by. Dan's Ford was a nice example. As for groomed runs, they had great coverage. Chilcoot was fun and I think Drifter was the nicest that I've skied it for a long time.

As the sun did its thing, the ice- and snow-covered trees started dripping and melting. If you were in the woods near evergreen trees, you had to watch where you stopped. You didn't want to be under a tree when ice and snow came cascading down! It was really something to see—and hear.

And of course as the temperatures rose, people wore less clothing (shorts, no shirt, etc.) and the lower trails got slow and slushy.

After a day of winter on Saturday we were returning to sunny spring skiing. But there is still a lot of snow in the mountains of northern Vermont!

Mt. Mansfield snow stake update: 112 inches of snow near the top of the mountain. This is about 40 inches above the average for this date.