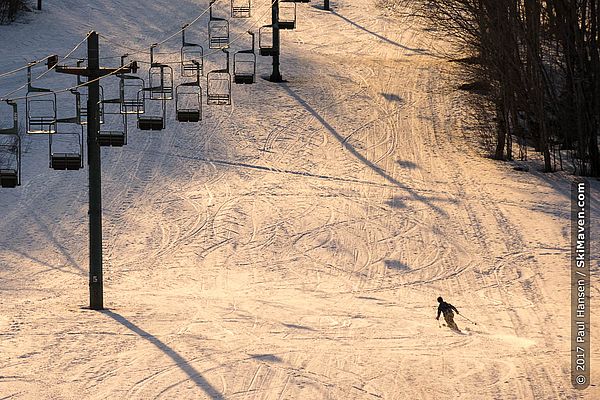 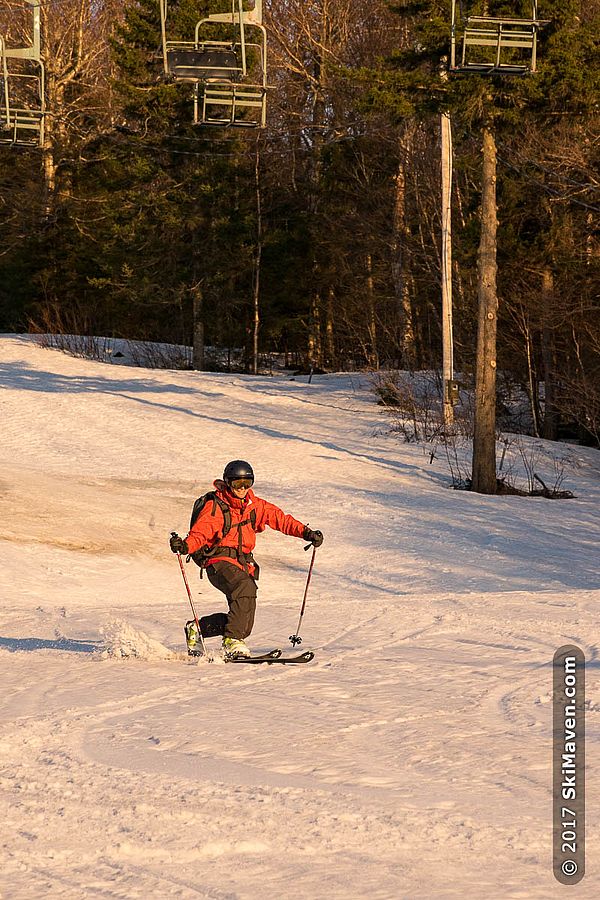 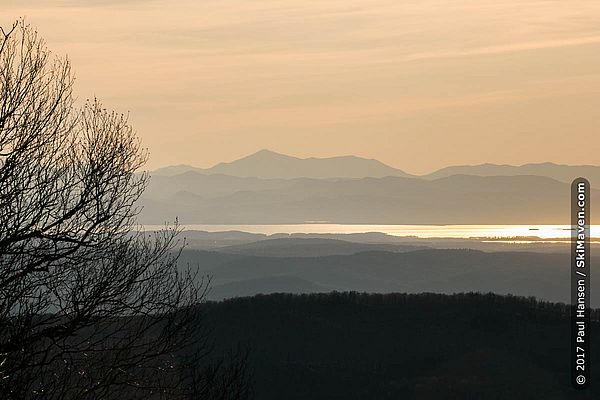 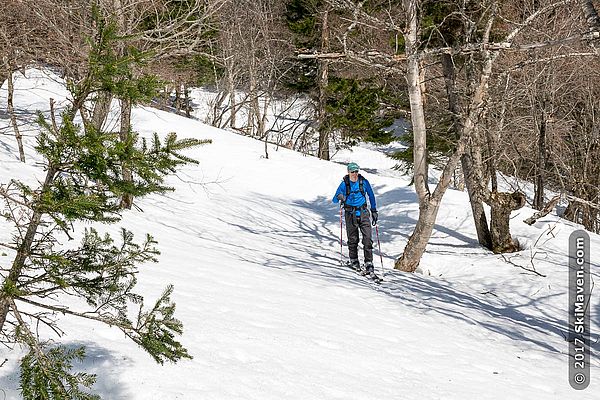 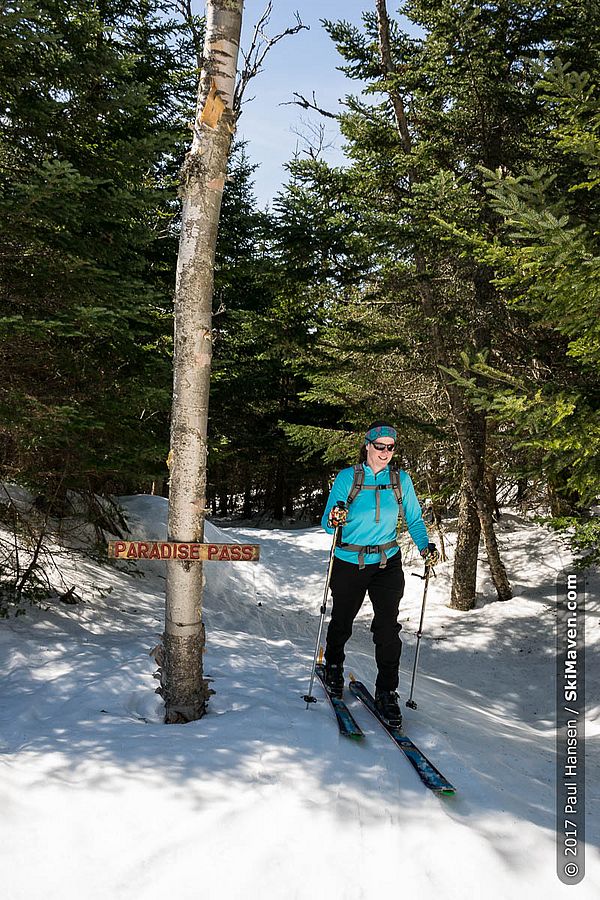 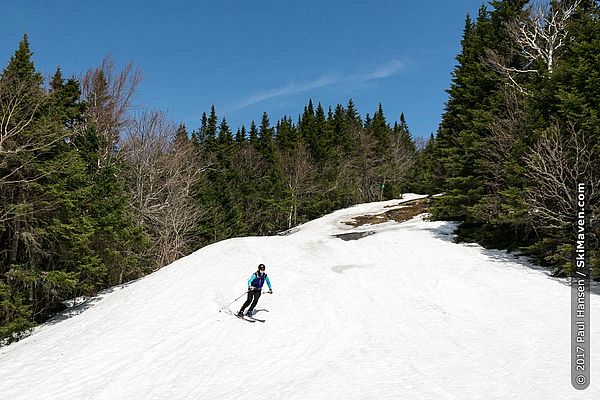 We get people sending us questions through social media and our blog. Sometimes they ask whether they should book a ski vacation in Vermont in April. "Will there be snow?" they ask.

We usually explain that in April you can win some, and you can lose some. Now that we're half way through the month, we'd have to say that April 2017 has been a winner for skiing at higher elevations.

This week we made use of a deep snowpack above 2,500 feet in northern Vermont.

On Thursday night after work, we skinned up the slopes of a closed ski area and enjoyed the late-afternoon sun. Springtime means the sunset is later than we've been used to. Skiing in the setting sun is a treat!

It was cool up top on Thursday so when portions of some trails got into the shade late in the day, they became firm and fast. But when you turned a corner into a still-sunny spot, the snow made for soft, smushy turns. Good stuff!

On Saturday, we enjoyed a sunny ski tour that brought us up the backcountry ski trails in Bolton, Vermont. We started in the morning so we wouldn't overheat too much. The snow was firm and uneven due to past ski tracks that had set up. In the backcountry area, we only found soft snow where the sun had lent its heat to an open, less-treed area.

We climbed up to about 3,000 feet and enjoyed nice mountain views. It was great to stop for a leisurely snack break and not worry about getting cold! But we knew that skiing down the unconsolidated snow in the backcountry would be rough. So we continued our ski tour over to the edge of the ski area.

There we took off our skins and enjoyed very soft snow on trails that had been groomed in the last couple of weeks. It made turning so much fun!

One trail had a small river running down the middle of it. Another had some bare ledge areas where you needed to ski on the edge of the trail. But otherwise the snow coverage was very good. Such fun for mid-April!